Sadio Mane spoke to the Senegalese media ahead of international duty and provided a cryptic update on his future.

Reacting to the news and taking to his Instagram stories, Jose Enrique wrote: ‘The worst excuse I ever heard from a player to leave a club. He is and will stay as a legend for us but please Sadio you want to leave because they pay you more somewhere else and is fair but putting the excuse of the Senegalese people…’.

It seems as though the Spaniard isn’t fully convinced by the words of our No.10 and isn’t happy with him using the Senegalese people as a reason to leave Anfield.

READ MORE: Liverpool revealed as ‘probable destination’ for Barcelona midfielder as other European clubs increase their interest too

It does appear that some of the words of the 30-year-old attacker have been taken out of context and lost in translation, so this reaction may be a bit over the top by the former left-back.

His season doesn’t end until Tuesday and then we will have to wait and see if we can get a proper update on the former Southampton man’s future.

For now, we’ll have to wait and see if these links to Bayern Munich solidify or hope that we can secure a new contract for the much-loved attacker. 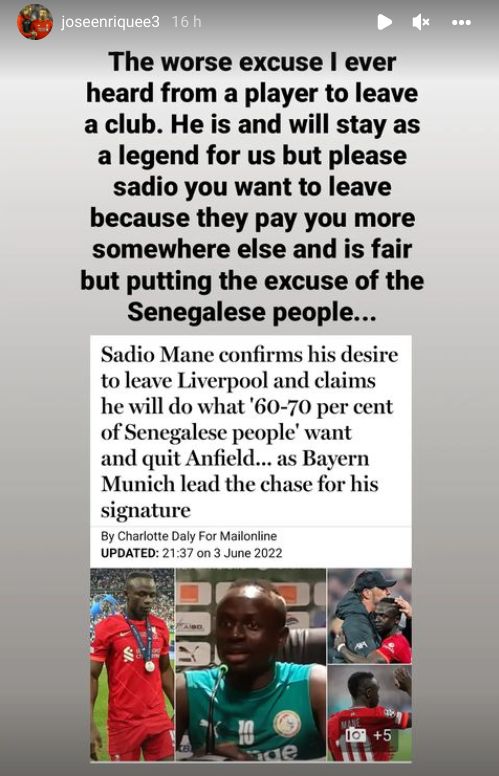