With a week still to go on our No.11’s long campaign, he has taken to his social media accounts to show that he’s still enjoying this extraordinary season.

The Egyptian King has posted a topless picture of himself enjoying the sun, alongside the simple caption of ‘Egypt ❤️’ and it’s been liked by close to 750,000 people at the time of writing.

READ MORE: “My season is done” – Virgil van Dijk concludes his 2021/22 season by reflecting on ‘happy’ and ‘tough moments’ & giving ‘thanks’

Despite AFCON, World Cup, Premier League and Champions League heartache – it’s good to see that our ace marksman seems to be remaining in high spirits at the moment.

There are talks that he could miss the final international game through injury, although the 29-year-old seems reluctant to let his much loved nation down.

Whatever the outcome of the final game though, it’s good to know he will then be allowed some time to relax and prepare for another emotional season at Anfield. 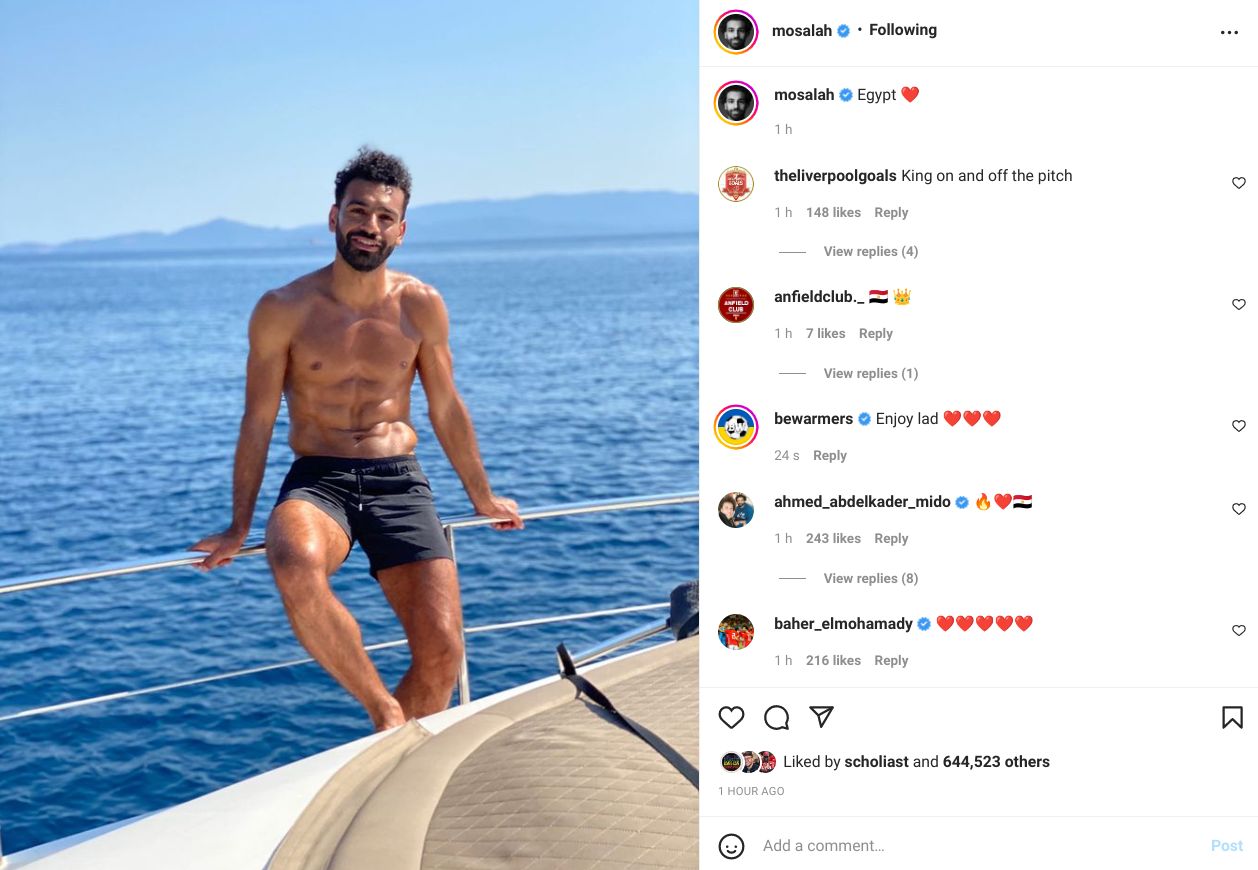