A host of famous football faces met in Spain to partake in a legends game of golf, including three former Liverpool players.

Meeting in the Balearic Islands, the three men who used to play together at Anfield looked delighted to be reunited and it must have been a great day for all involved.

READ MORE: (Video) MP talks about her experiences in Paris during the Champions League final

Playing 18 holes normally costs around €80 per person, in the Pula Golf resort that also offers stays for €200 in Mallorca.

The familiar footballing faces met in order to raise money for charity and it must have been a brilliant day out for them all.

Now the season has ended, many will be placing their boots in the garage and dusting off the clubs and travelling to some similarly impressive courses.

You can view the images of Reina, Riise and Riera via @trophyoflegends on Instagram: 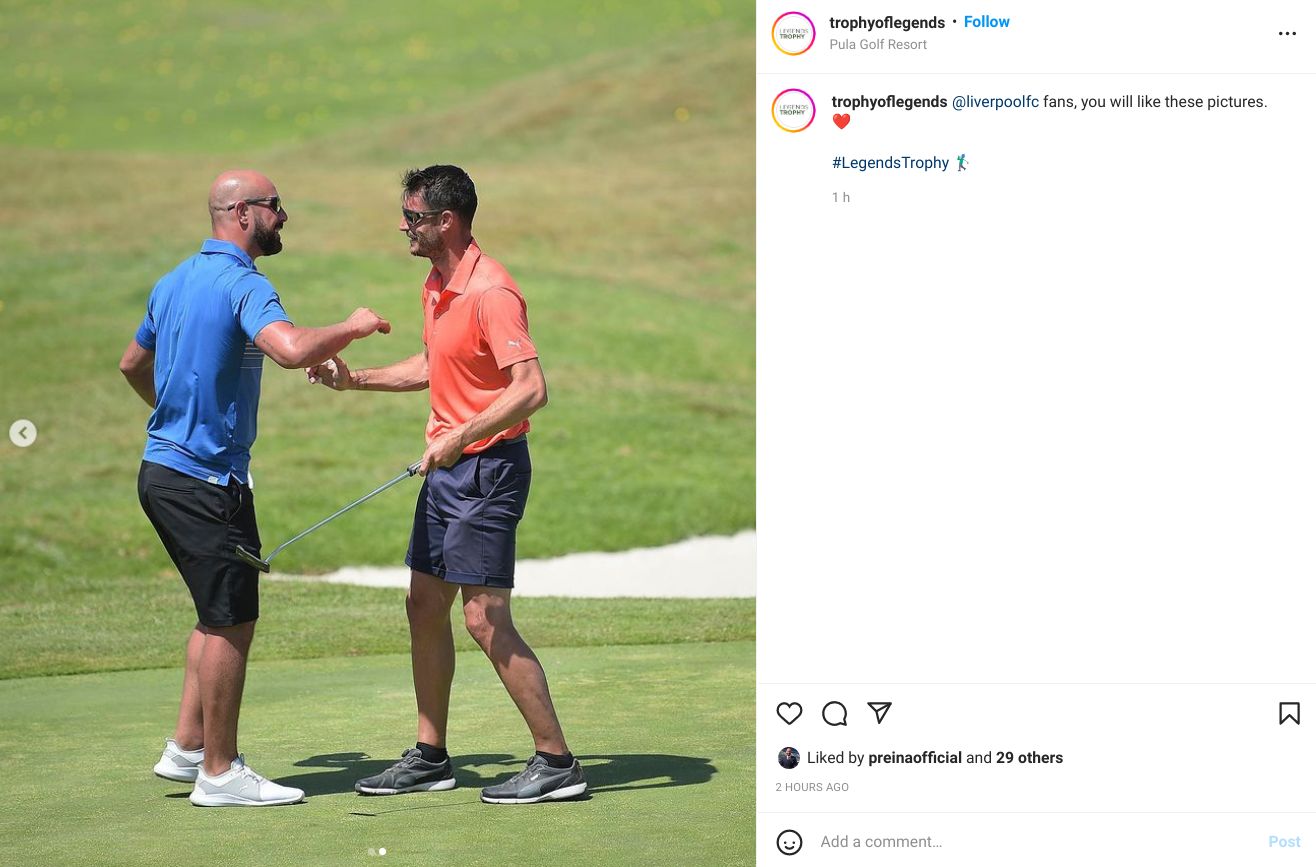 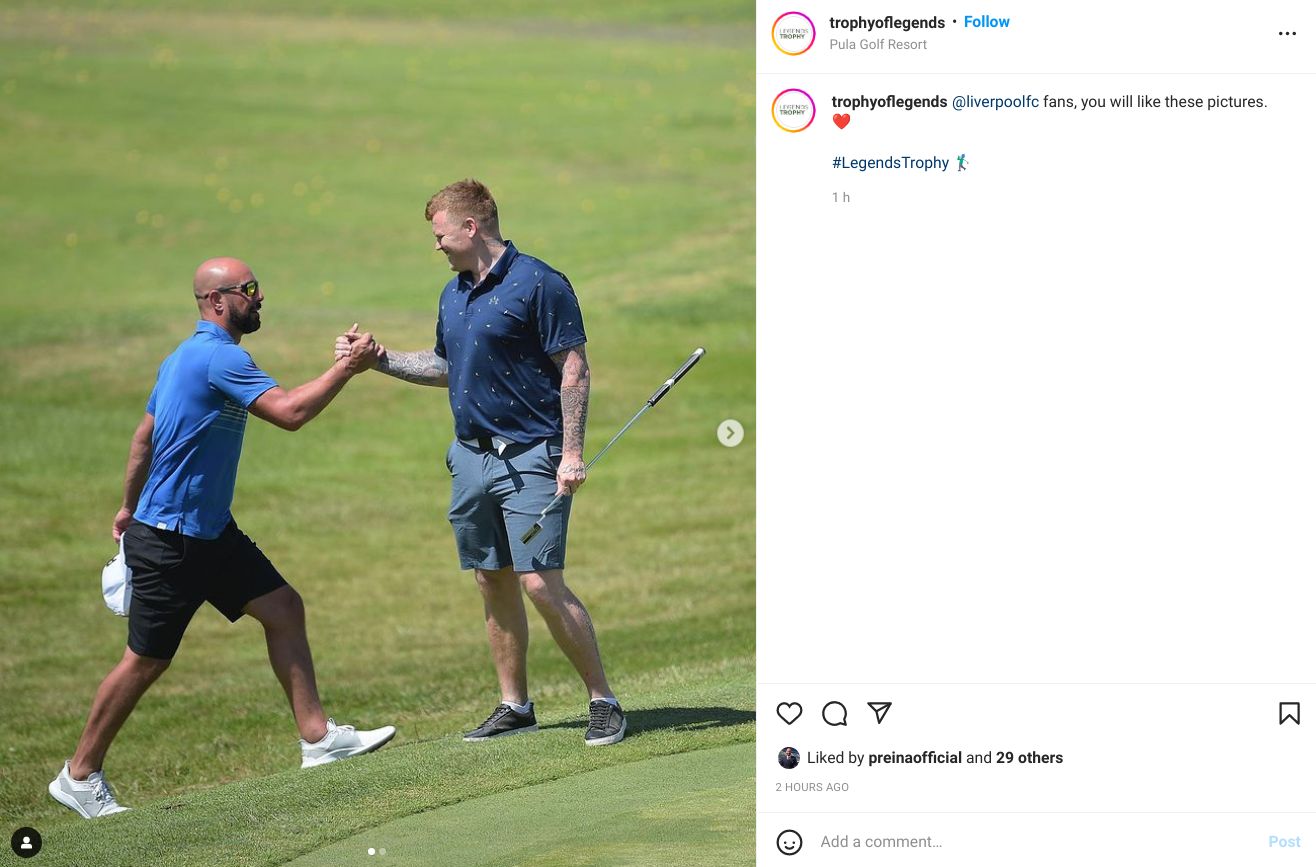