Liverpool fans were very excited to see that Darwin Nunez became the latest man to sign for the club.

Following a day of media work for the club, the 22-year-old shared some images to his social media pages and one was a real heart string tugger.

In an image with his son, also named Darwin, the pair both wore the new red shirt that the Uruguayan will be wearing next season and both had the No.27 on their backs.

READ MORE: Gavi edges closer to a new Barcelona contract with ‘€1B release clause’ which helps tie down his long-term future

Our newest signing had the name ‘Darwin’ on his back and his son had ‘Daddy’ on his, as the pair were quick to celebrate the start of their new life on Merseyside.

The former Benfica man and his partner Lorena Mañas announced the birth of their first child in January 2022, with the five-month old now getting ready to move to a new country.

It’s good that the young family has time to settle into new surroundings before pre-season begins and the season proper kicks-off in August.

You can view the image of Nunez via his Instagram story: 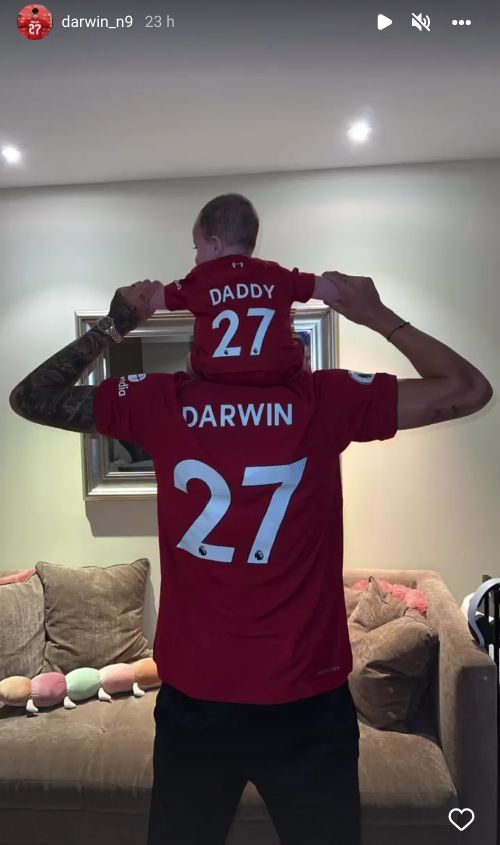