Darwin Nunez has become the third Uruguayan to play for Liverpool and his latest post attracted the interest of our first.

Our new No.27 uploaded a picture of him drinking Mate Tea with the caption: ‘Always uruguayan’ to which our former No.7 replied: ‘I was the first but the same! 😜😂 I hope you are first in GOALS.⚽️🙏🙌 hug!! @darwin_n9’.

It’s good to see the 35-year-old sending the former Benfica man well wishes, ahead of an adventure that they both now have in common on Merseyside.

The Mate Tea that is shown in the picture is a traditional South American caffeine-rich infused drink, something that obviously reminded both men of home.

If the 6’2″ forward can take any inspiration and performance level from the current Atletico Madrid man, then we’re going to have some player on our hands.

It will be interesting to watch their interactions throughout the season too. 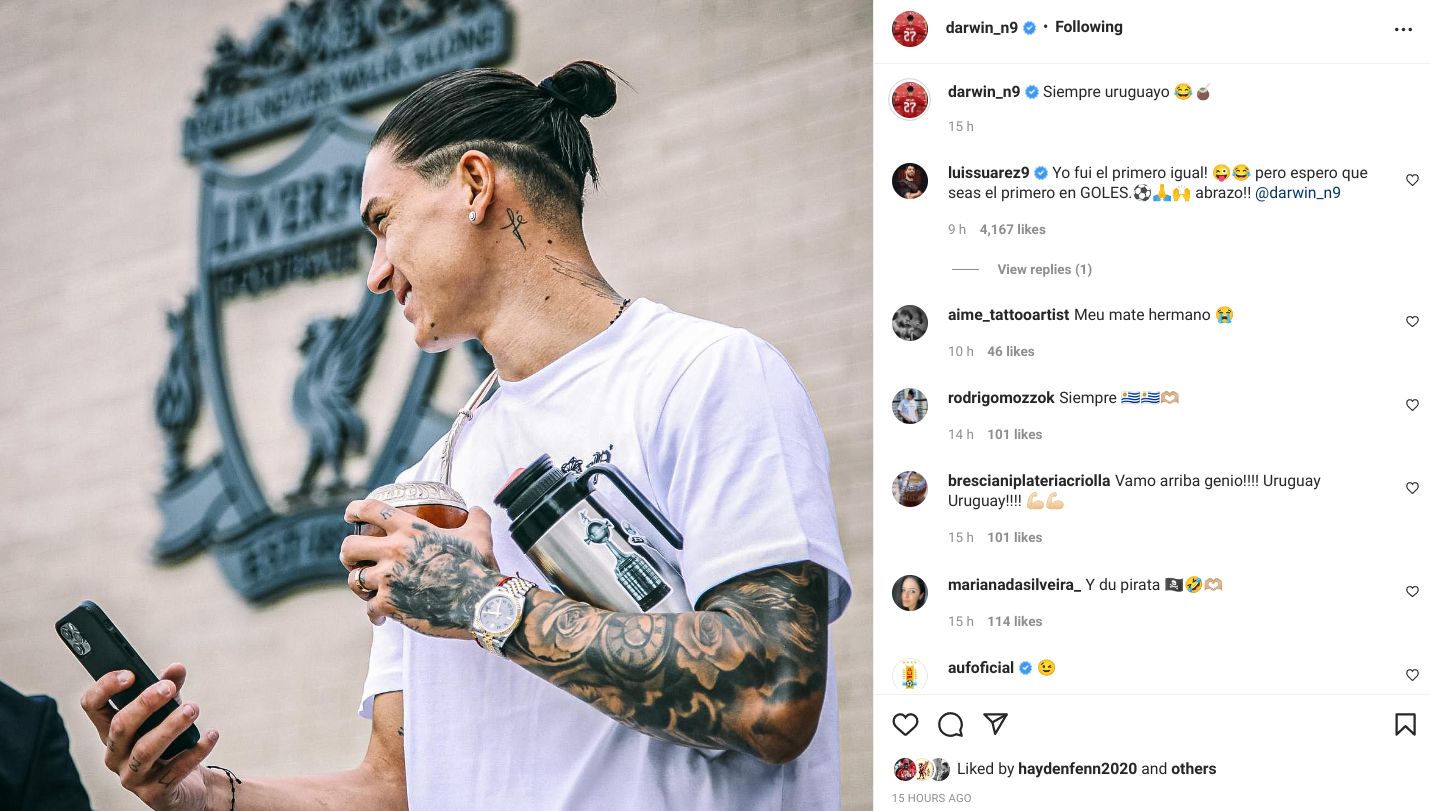