Darwin Nunez entered the world in very humble beginnings in Uruguay and a picture of his first home illustrates that perfectly.

On his Instagram account, the 22-year-old uploaded an image of his childhood home alongside the caption: ‘My house, where I was happy for 14 years! I will never forget where I came from and I will always remember her fondly’.

It’s great that the former Benfica man isn’t afraid or embarrassed of his youth, he’s proud of how far he’s come and this was before he even arrived in Liverpool.

READ MORE: Neil Warnock on ‘the one that got away’ Virgil van Dijk who he turned down ‘for £5 million’ because he was ‘too slow’

Next season the eyes of the world will be on our new No.27 but he will be ready for the task, as he’s had to fight every step of the way so far.

For the 6’2″ forward to manage to get himself to one of the biggest clubs in the world from such a tough upbringing, it does show that hard work can pay off.

Jurgen Klopp likes to find the right character, not just the right player, and he looks to have found another one. 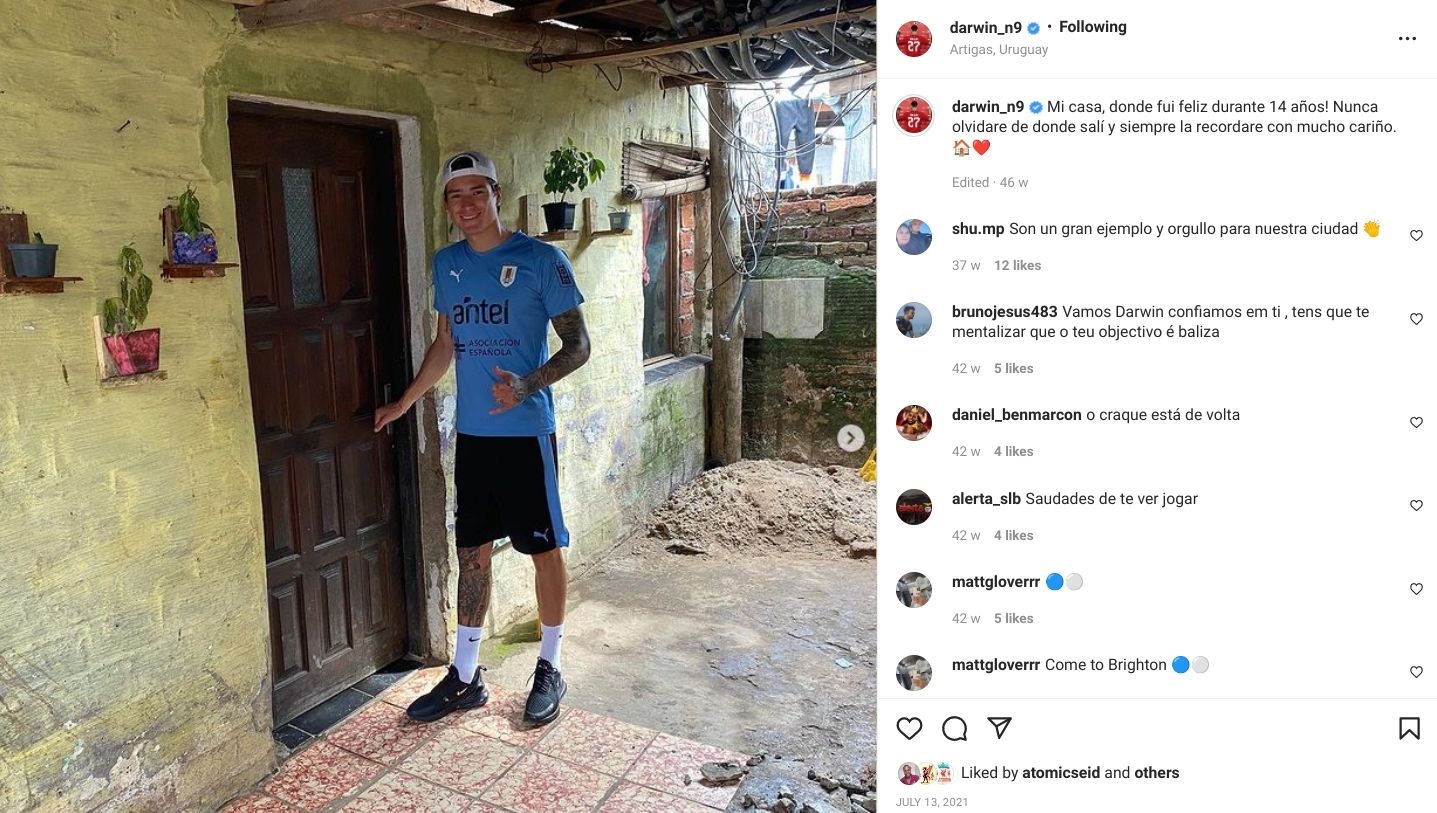