Trent Alexander-Arnold is coming off the back of a huge season and certainly deserves some time to relax in the sun.

Sharing two images from his post-season break, the 23-year-old also wrote the caption: ‘King of the Hill 😎’.

The Scouser in our team is obviously a popular member of Jurgen Klopp’s squad, especially given the range of responses he received from some of his mates.

The No.66 will have a few more weeks to enjoy the sun, before the intensive pre-season training starts all over again – so he deserves the chance to relax.

Our next campaign certainly won’t be an easy one and the lads will be out to achieve as much silverware and acclaim as they can. 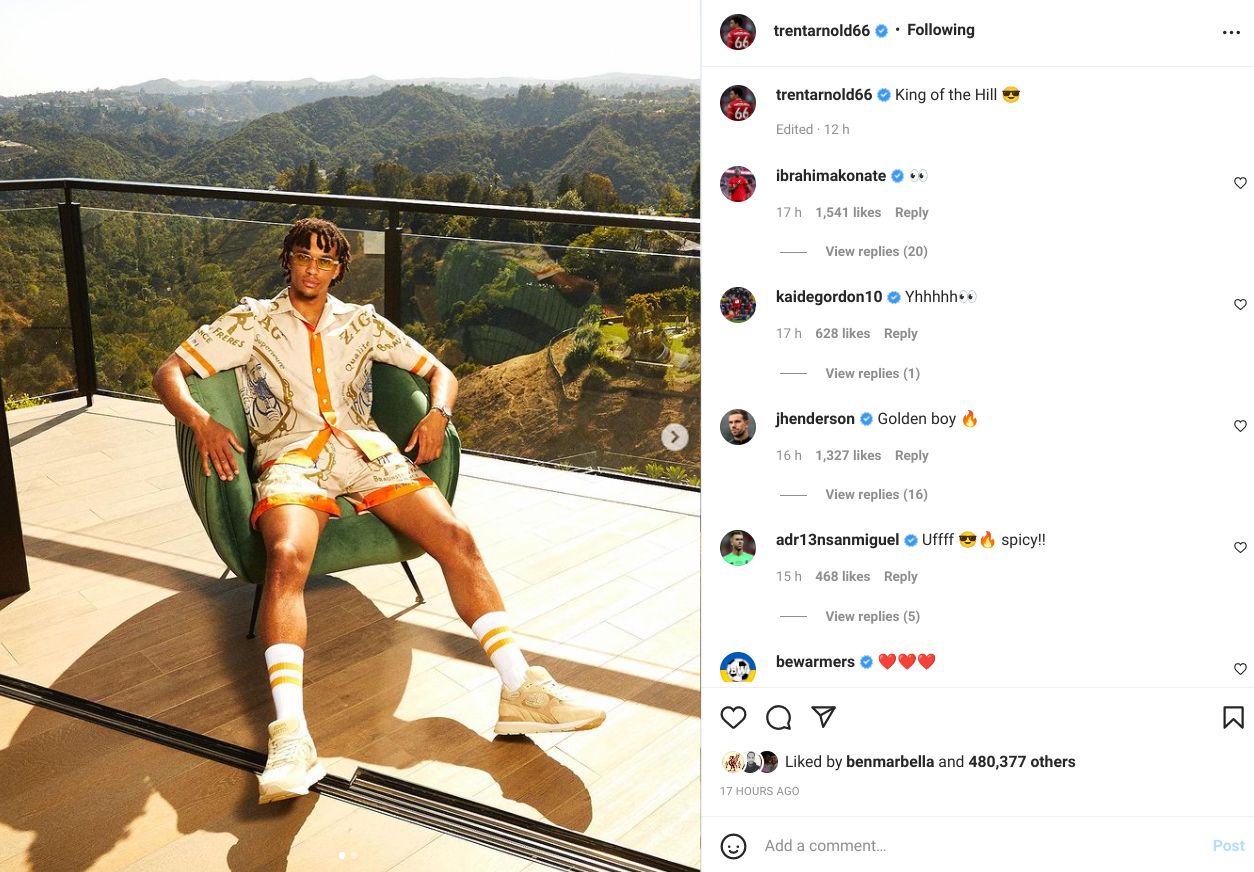