Liverpool are about to undergo some big changes to our attack, with three players set to depart the club this summer.

Taking to his Instagram, ex-Red Jose Enrique discussed his thoughts on not adding a further attacker to our ranks: ‘I agree with you don’t believe we are going to sign anyone and I’m afraid because on the right Salah the only one comparing with the left that we have Luis Diaz and jota.

‘Middle we have firmino, jota and Darwin and on the right is just Salah’.

READ MORE: ‘Naby lad’ – Naby Keita enjoys the sun and the sea as he shares an image of his summer holidays

It’s a fair enough concern to have, although some of our supporters will point to the likes of Harvey Elliott, Fabio Carvalho, Kaide Gordon and even Diogo Jota – all as options for the right wing too.

If Mo Salah’s form and fitness continues, combined with the extended break he will be having in the middle of the season because of Egypt’s absence from the World Cup, then there won’t be many games that the 30-year-old will miss.

Jurgen Klopp is perhaps happy to rely on the Egyptian King once again and then, if he does decide to leave the club on a free next summer, replace the No.11 with a big money signing – rather than dipping into the war chest this summer. 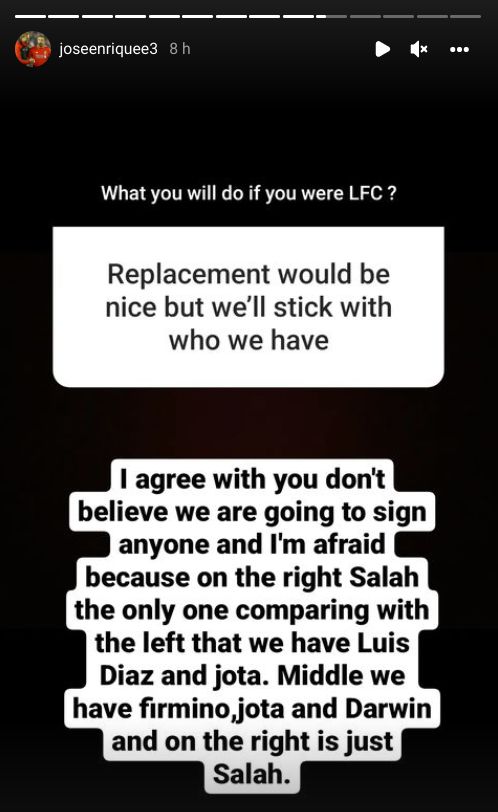