Sadio Mane is very close to being formally announced as a Bayern Munich player and ex-Red Jose Enrique has had his say on the move.

Writing on his Instagram stories, the 36-year-old said: ‘Incredible to be honest. Is strange to see him with another shirt but this is football reds we move on and wish him all the best.

‘Wish he stayed but we keep going. Up the Reds’.

READ MORE: ‘There were enquiries from other clubs’ – Sadio Mane breaks his silence on Liverpool departure ahead of Bayern Munich signing

Seeing the Senegalese forward in another club’s shirt is very strange and will take some getting used, especially after six years of seeing him play for Jurgen’s Reds.

Now we must accept that he isn’t staying at Anfield to see out his current deal, nor extending his stay on Merseyside and his legacy with the club.

Most, if not all, of our supporters would have loved to see the 30-year-old sign a new deal but now we welcome a new era at the club. 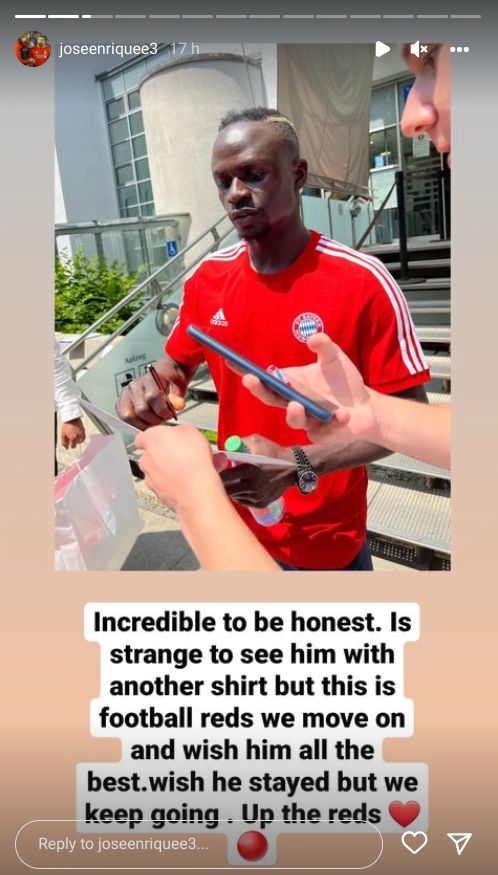