Sadio Mane has left Liverpool and there are many people who are devastated to see him depart the club.

Following his post on Instagram, many of his current and former Anfield teammates were quick to send him a message – here’s a pick of the best.

Jordan Henderson: ‘Thanks for everything, see you soon ❤️’.

READ MORE: Sadio Mane has a special message for Bobby Firmino and Mo Salah as he praises their role in the ‘best club in the world’

There will no doubt be countless more messages being sent and said privately to the 30-year-old, with so many friends and memories made in the past six years.

It’s feels like a real changing of the guard but we will have many similar goodbyes in the upcoming years, whenever we have to say farewell to any member of Jurgen Klopp’s star-studded side.

As the old saying goes though: Don’t cry because it’s over. Smile because it happened.

All the best, Sadio. 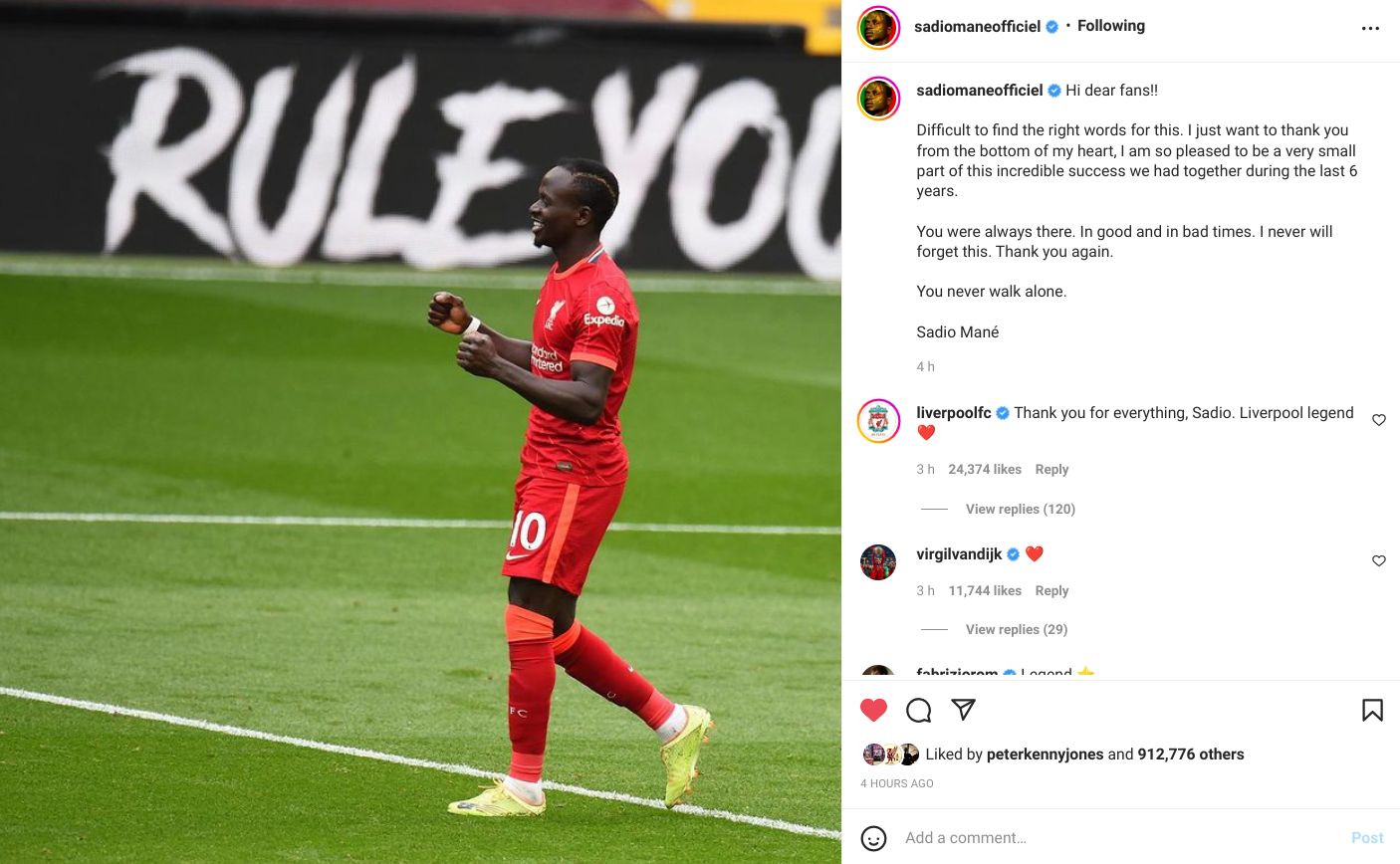