Sadio Mane has departed Liverpool for Bayern Munich and his goodbye post to our supporters received plenty of replies.

From supporters to players, the outpouring of love towards the 30-year-old was clear to see – although some comments were a little more heartfelt that others.

An abundance of emoji represented tears and hearts were used but one man kept it simple and straight down the middle – James Milner.

In response to the lengthy goodbye from the new Bayern Munich man, our vice captain went for the reply of: ‘Good luck mate’.

There’s nothing wrong with it and it’s a lovely gesture from our No.7 but when viewed alongside the array of beautiful messages, and knowing the person who wrote it, it’s hard not to raise a smirk.

We’re sure that the 36-year-old was a little more heartfelt when he said farewell in person but this does feel like a ‘typical’ response from the veteran. 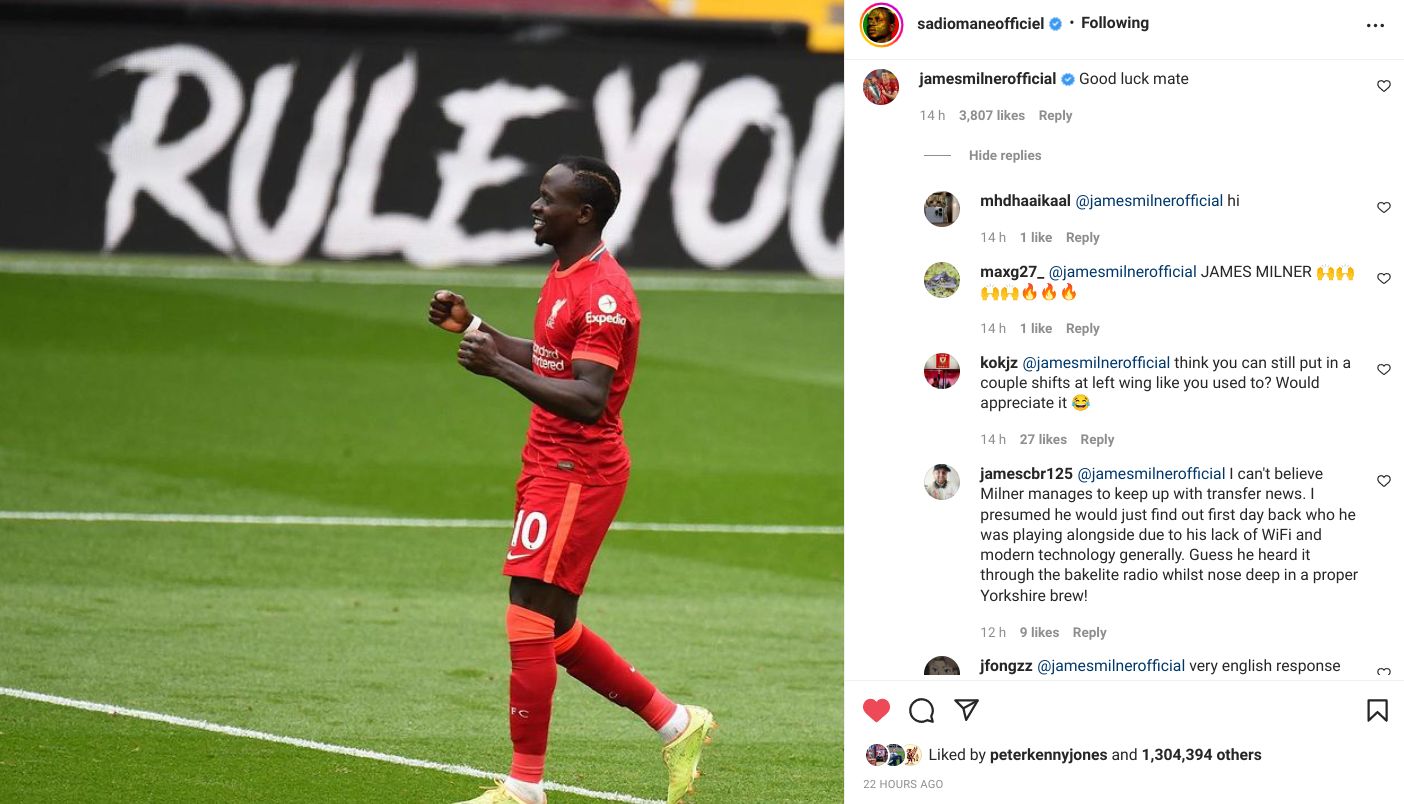