You may have heard that Sadio Mane’s departure from Liverpool has been confirmed, causing an outpouring of love from everyone attached to the club.

One such message that the new Bayern Munich man received was from his longtime teammate Mo Salah, who posted a message on Instagram to his friend.

The Egyptian wrote: ‘It’s been quite a ride! Thank you for all the good times and I wish you all the best in your new adventure! You will be missed by all of us’.

To which the former Southampton man has now replied, saying: ‘Keep doing your things!! Brother you are the best ♥️👊’.

It’s all getting far too emotional but it’s so nice to see two of our all-time greats sending public messages of love to one another.

For a long time there has been whispers of frictions between the pair but this shows the personal and professional respect that they have for one another. 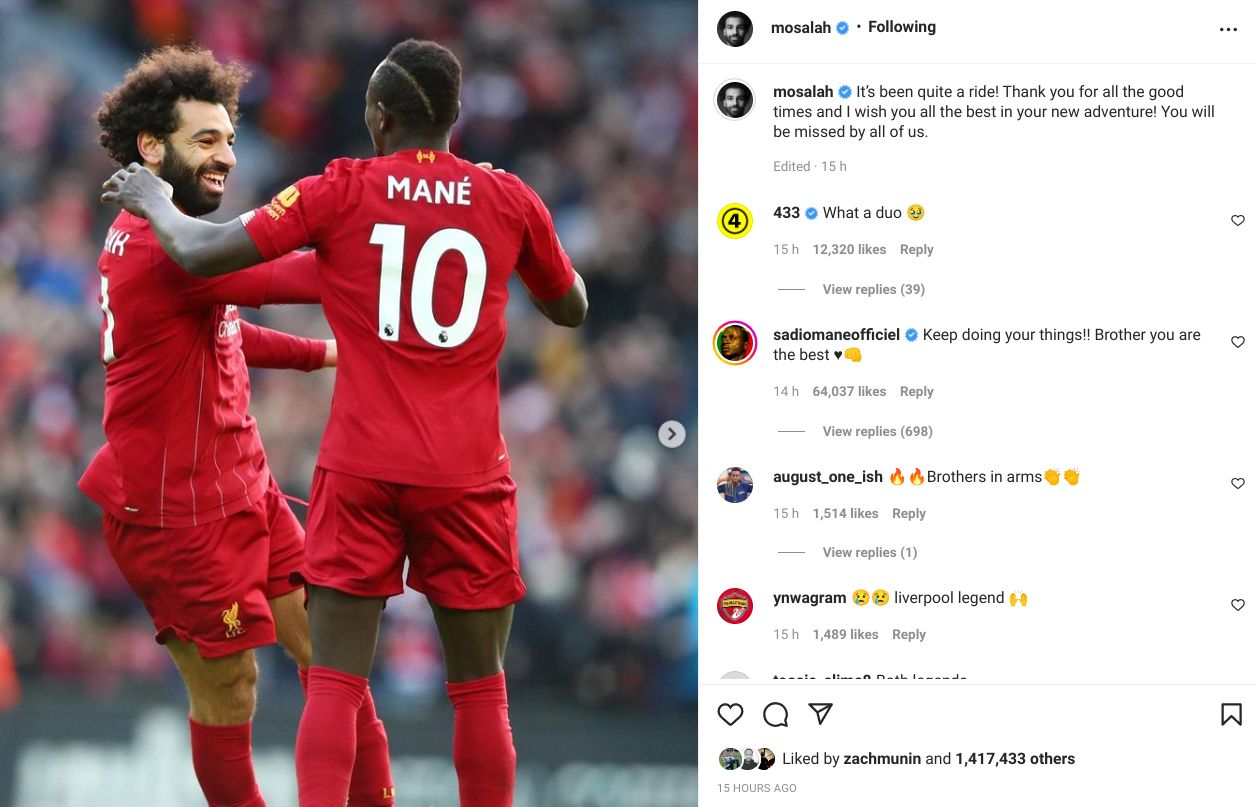