Sadio Mane, Mo Salah and Bobby Firmino will be a strike force to never be forgotten but their time as a Liverpool trio is over.

Writing on his Instagram stories, the Brazilian dedicated a post to his now former teammate: ‘What a privilege to play with you my brother! May the Lord continue bless you and protect you Love you in Christ brother @sadiomaneofficiel’.

It’s emotional to see that they have been broken up and their friendship is clear, given the messages between all three men since the 30-year-old left Anfield.

What is nice to see is the bond that has been built within Jurgen Klopp’s side and now one of his main men has left, a new era of the club will begin.

For the next five to ten years we will lose a player, coach or even manager of huge importance in most summers and these goodbyes won’t get any easier.

However, we also have a very exciting future ahead and as long as each departure is matched with another brilliant player – we’re in for plenty more happy memories. 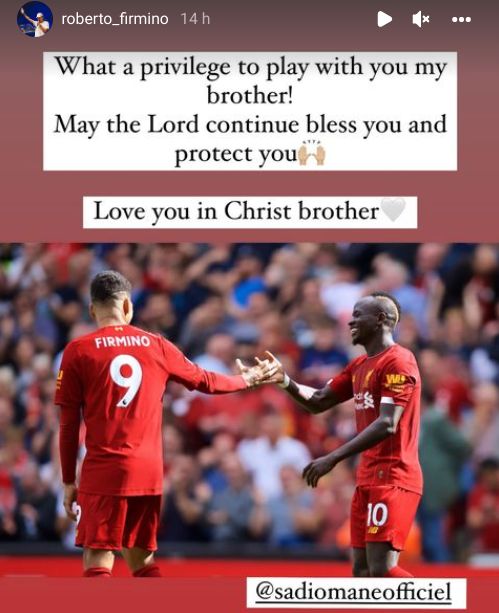