The I’s have been dotted and the T’s have been crossed, Divock Origi is an AC Milan player and has announced his arrival on social media.

In three separate posts to his Instagram account, the Belgian was shown posing with family, friends and representatives from his new club in Italy – including Paolo Maldini.

Alongside one of the posts, the 27-year-old went for the simple caption of: ‘ꜰᴏᴄᴜꜱᴇᴅ ᴏɴ ᴀɴᴏᴛʜᴇʀ ʟᴇᴠᴇʟ @acmilan’, as a clear indication of his desire to improve this season.

READ MORE: Darwin Nunez crowned MVP of Portugal after already finishing as top goal scorer and being placed in the team of the season

He hasn’t been handed many opportunities to start games in the past few seasons and our former No.27 will hope that this upcoming year will be the time for him to showcase his talents.

The forward goes with the blessing and love of all of our supporters, who will no doubt be looking out to see how he gets on in Serie A.

Best of luck to the club legend as he prepares to start this new and exciting chapter. 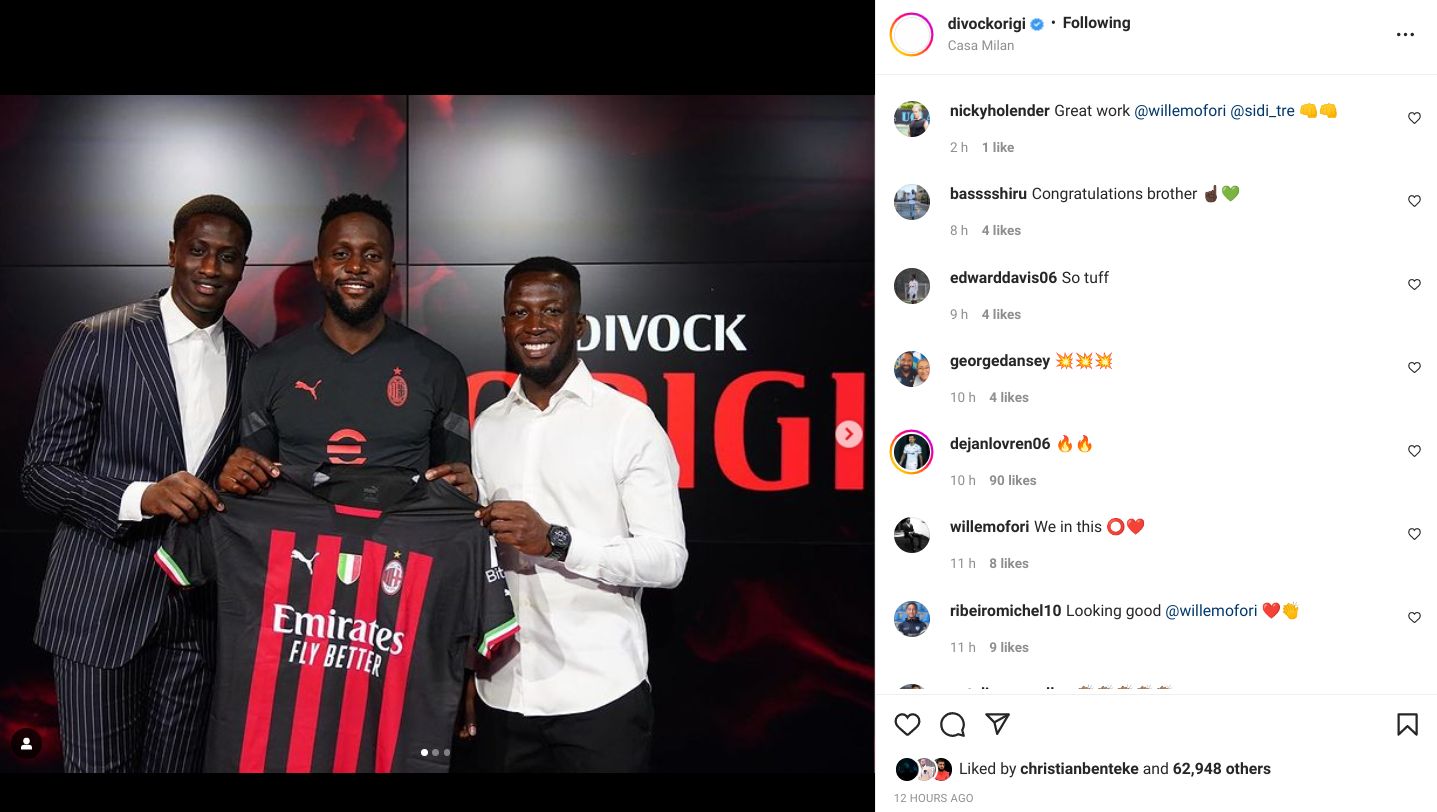 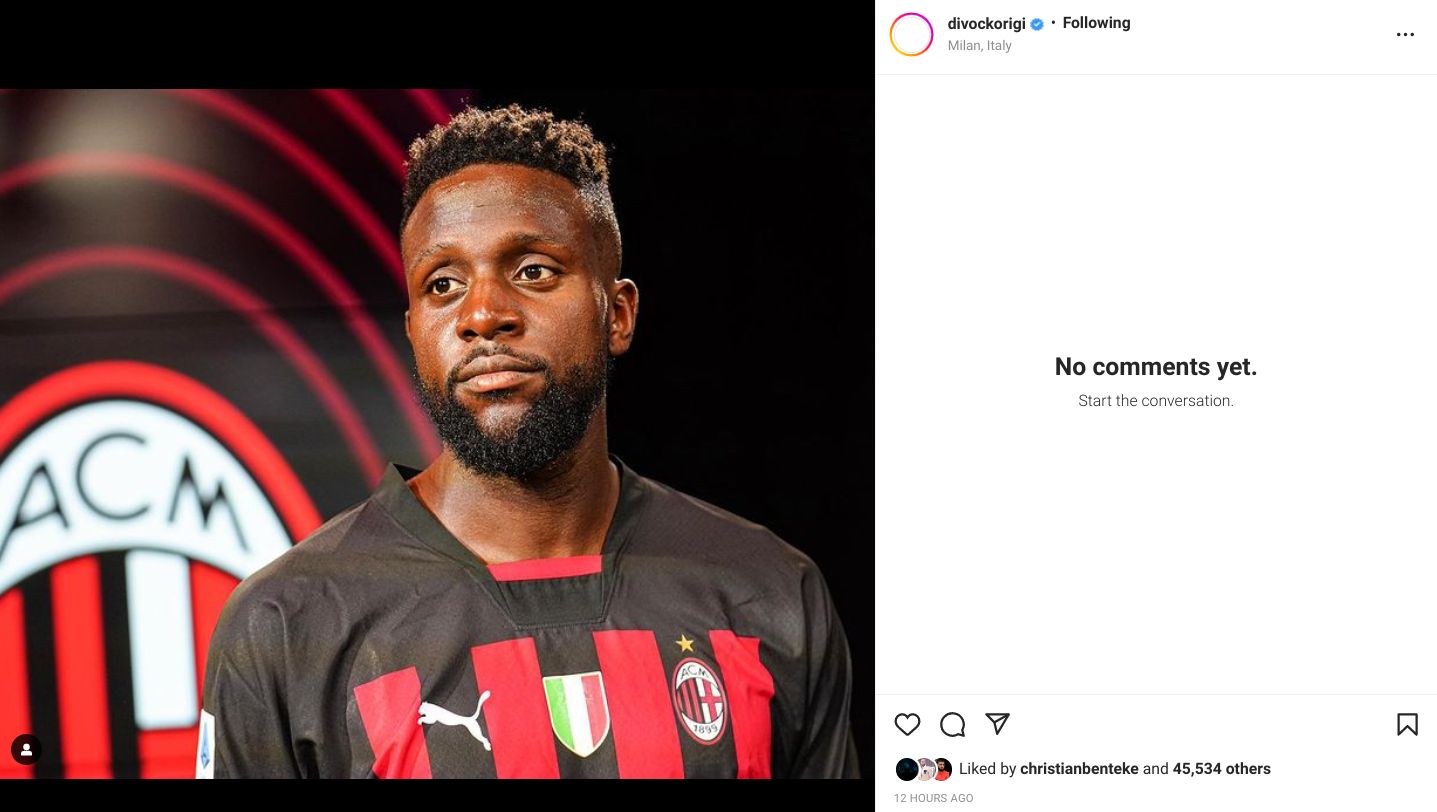 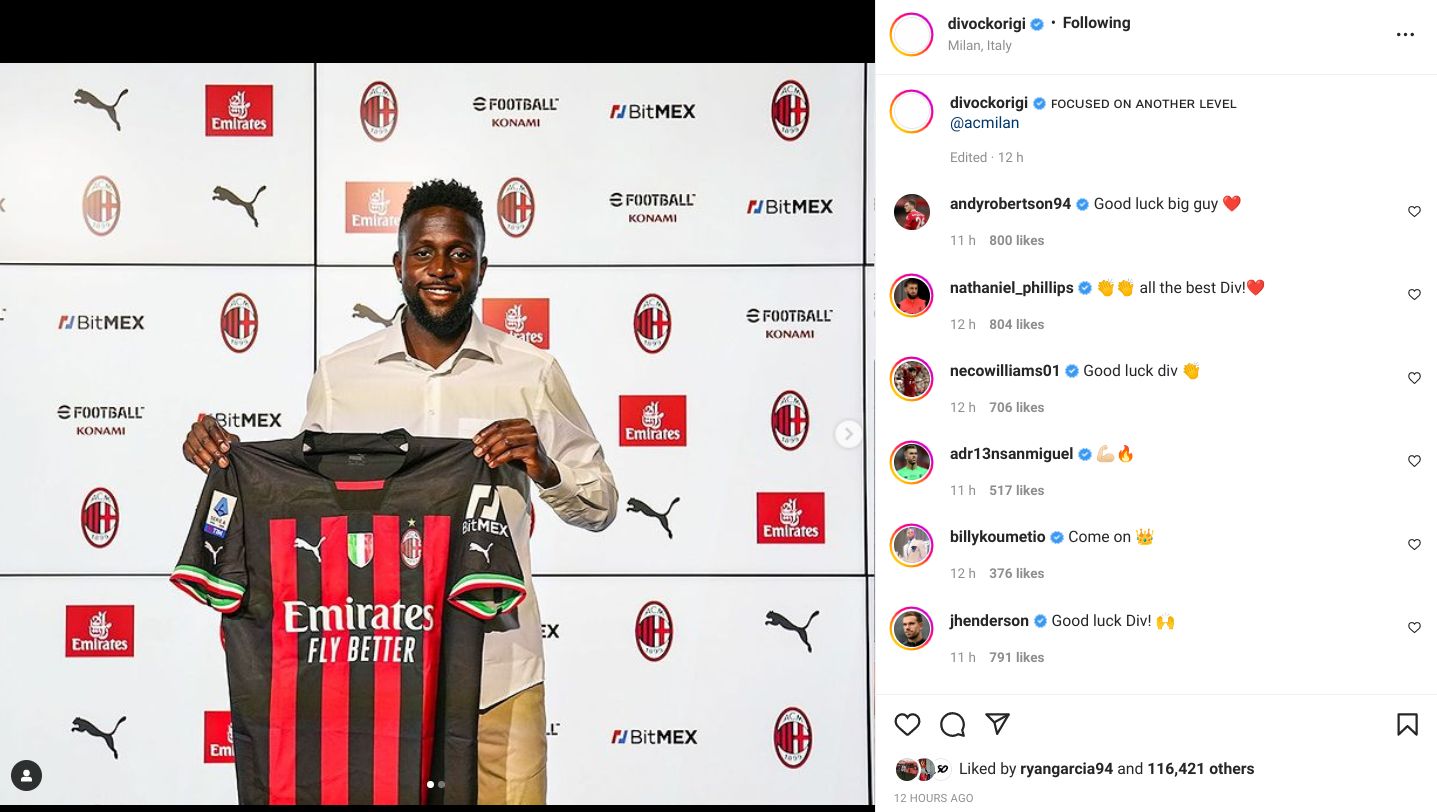