Liverpool went all the way to the final game in last season’s Premier League title race last season but will hope to go one step further in the upcoming campaign.

Taking to his Instagram stories, Ex-Red Jose Enrique has had his say on the opposition on offer in the league this season: ‘Tottenham looks like they mean business this transfer window.

‘I believe is going to be the most difficult premier league ever .arsenal got stronger, Chelsea,united will get stronger. Really looking forward to this season. Up the reds’

READ MORE: (Video) All smiles for Mo Salah and Virgil van Dijk as the pair return to Kirkby for their first gym session

Having come so close to getting our hands back on the illustrious league title last year, there will be a burning desire within the squad to get it back in this campaign.

Now that Jurgen Klopp has strengthened his squad in several departments, there will be a strong belief that silverware will soon follow once again.

There will be challenges from the likes of Tottenham, Arsenal, Chelsea and Manchester United but our biggest competition will remain Manchester City and it’s our job to put ourselves clear of everyone.

That will take a near perfect season and any dropped points can prove vital, come the end of next season.

You can view Enrique’s predictions on the Premier League title race via his Instagram stories: 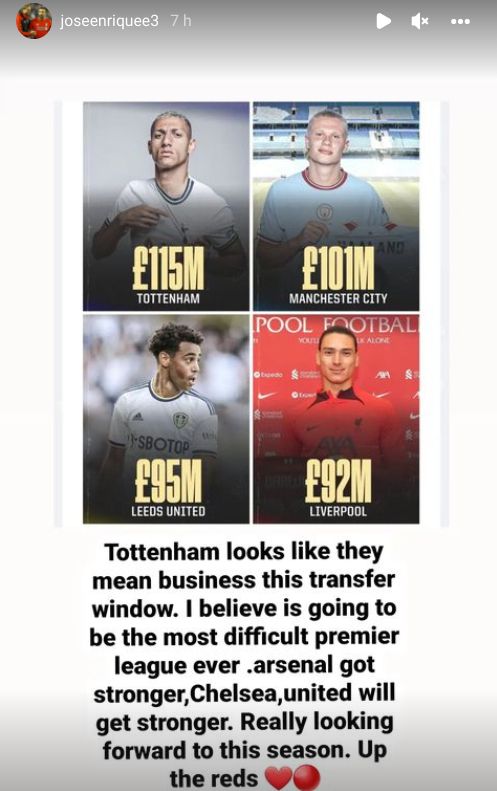