Despite having American owners, it doesn’t necessarily mean that Liverpool will have a big supporter base out there but a recent survey has suggested that we are now the most popular club stateside.

As reported by Morning Consult: ‘Months after claiming both the League Cup and FA Cup titles, the Reds of Liverpool can now boast yet another accolade: the most popular club in the United States, according to a new Morning Consult survey.

‘As the 2022-23 season got underway this month, the survey revealed that about 3 in 5 self-identified Premier League fans (61%) said they had either a “very favorable” or “somewhat favorable” opinion of Liverpool. Roughly 1 in 5 U.S. adults (21%) held the same opinion — the most of any club’.

READ MORE: (Video) Harvey Elliott on the transition from fan to player and meeting his heroes like ‘Mo Salah, Virgil van Dijk and Jordan Henderson’

To go alongside the study, the news outlet also produced the following graph to illustrate our place at the top: 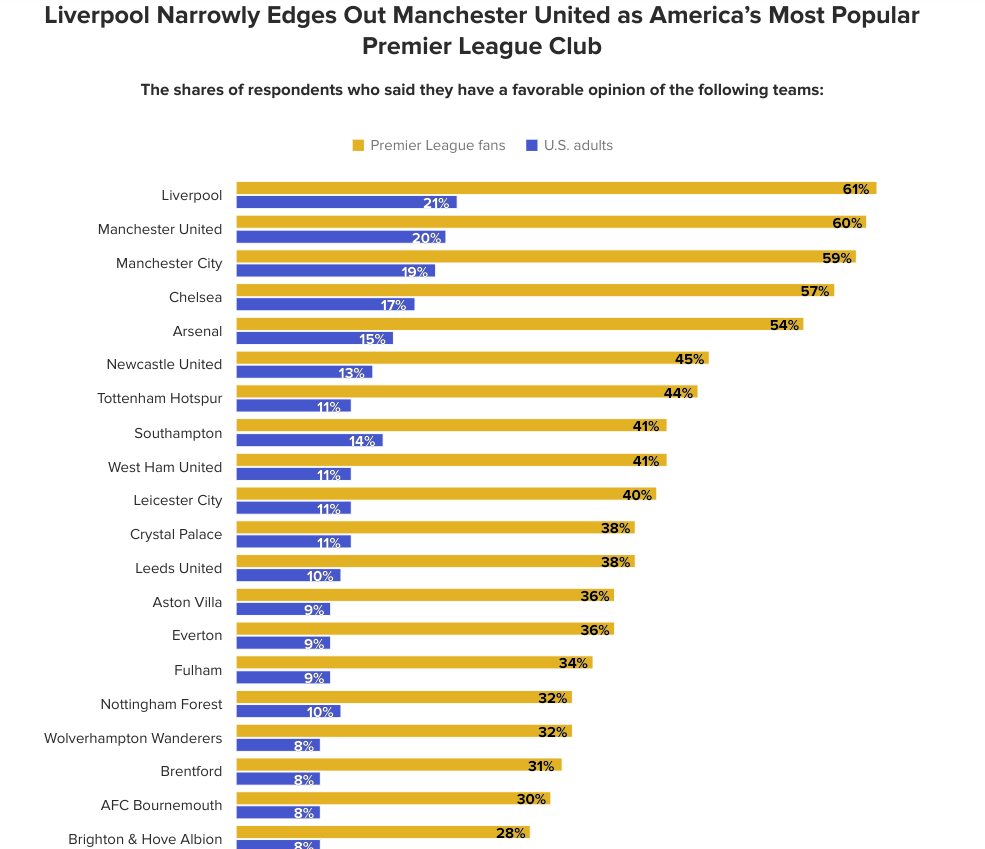 The downfall of the Old Trafford club on the pitch has no doubt led to the drop in their popularity and it appears that the history, fanbase and current form of Jurgen Klopp’s side, has related to more interested parties across the pond.

This will be music to the ears of FSG and shows that their hard work away from the pitch will be returning more dollars in their back pockets, as the team becomes more popular.

Breaking America is always the aim of many English exports and it seems as though we can now label ourselves as the team with the greatest appeal in the States.

Being top of this list will probably see a return to the country for an upcoming pre-season tour too and that will come as great news for the many fanatic fans we have out there.

Let’s hope that the fanbase continues to grow with more silverware being won on the pitch in the upcoming campaign, as we once again hunt down an unprecedented quadruple.