It’s nothing new to hear that a younger member of a football squad would look up to a senior party but the relationship between Harvey Elliott and Mo Salah has one ex-Red reminiscing.

During his interview after it was confirmed that our No.19 had signed a new contract with the club, the teenager reflected on his relationship with the Egyptian King: ‘Especially Mo, he’s always giving me different things to work on.

READ MORE: “Timeframe? I read 4-6 weeks!” – Klopp provides an update on Thiago Alcantara and how long until he returns to action

Seeing this, former Liverpool defender Jose Enrique commented on how it reminded him of a similar bond within the dressing room when he was at Anfield: ‘That is good from Mo as well because he can see something good in Harvey.

‘I remember Stevie used to do that with Hendo as well and look now’.

It’s interesting to hear this insight from the Spaniard and it it’s great to hear how much of an influence Steven Gerrard was on Jordan Henderson 10 years ago and nice to see a new bond starting.

With our No.11 now into his 30’s, he will be keen to help the next generation and he obviously sees a bright future in the former Fulham man.

Having signed a new contract, our main marksman has spent and committed his best footballing years to Anfield and it will be important for him to try and ensure the club is in good hands once he goes.

With plenty of good years ahead for both players, it will be great to see how their bond grows in the future and let’s hope we get to see the student become the master.

You can view Enrique’s comments on the bond between Elliott and Salah and the similarities to Gerrard and Henderson via his Instagram stories: 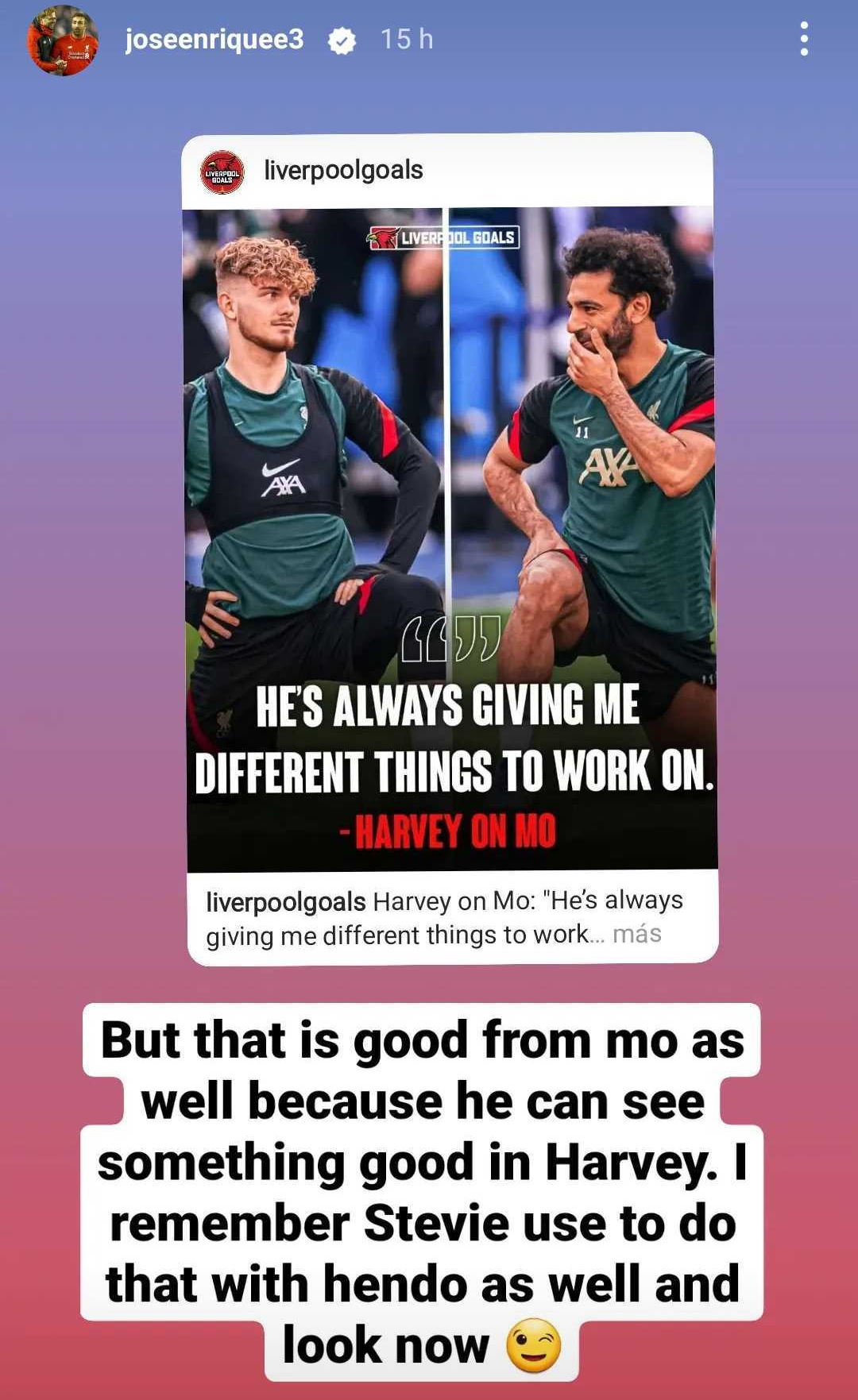