Liverpool is a special club for the majority of players who are lucky enough to play for them and one of our former players revelled in the chance to return to Anfield once again.

Martin Kelly left the Reds in 2014 and made a permanent switch to Crystal Palace when he did so, only leaving the London club this summer after eight years at Selhurst Park.

With this being the first chance he’d had in 25 years of watching this fixture without playing for either club, the 32-year-old took to his Instagram account to write: ‘Amazing being back at Anfield, watching two teams close to my heart ❤️💙⚽️’.

Despite leaving Patrick Vieira’s team in the summer, the Whiston-born defender is still yet to find a new club although he has been spotted training with Championship side Stoke City.

The right-back made his name for the Reds under Kenny Dalglish and was a key member of the squad that won the League Cup and reached the FA Cup final in 2012.

Meeting up with former teammate Jordan Henderson was a possibility after the game and there will have been plenty of familiar faces for the one-time England international to bump into.

It may not have been the result that most of the people inside the stadium wanted to see but a draw was perhaps a good result for the former employee of both sides. 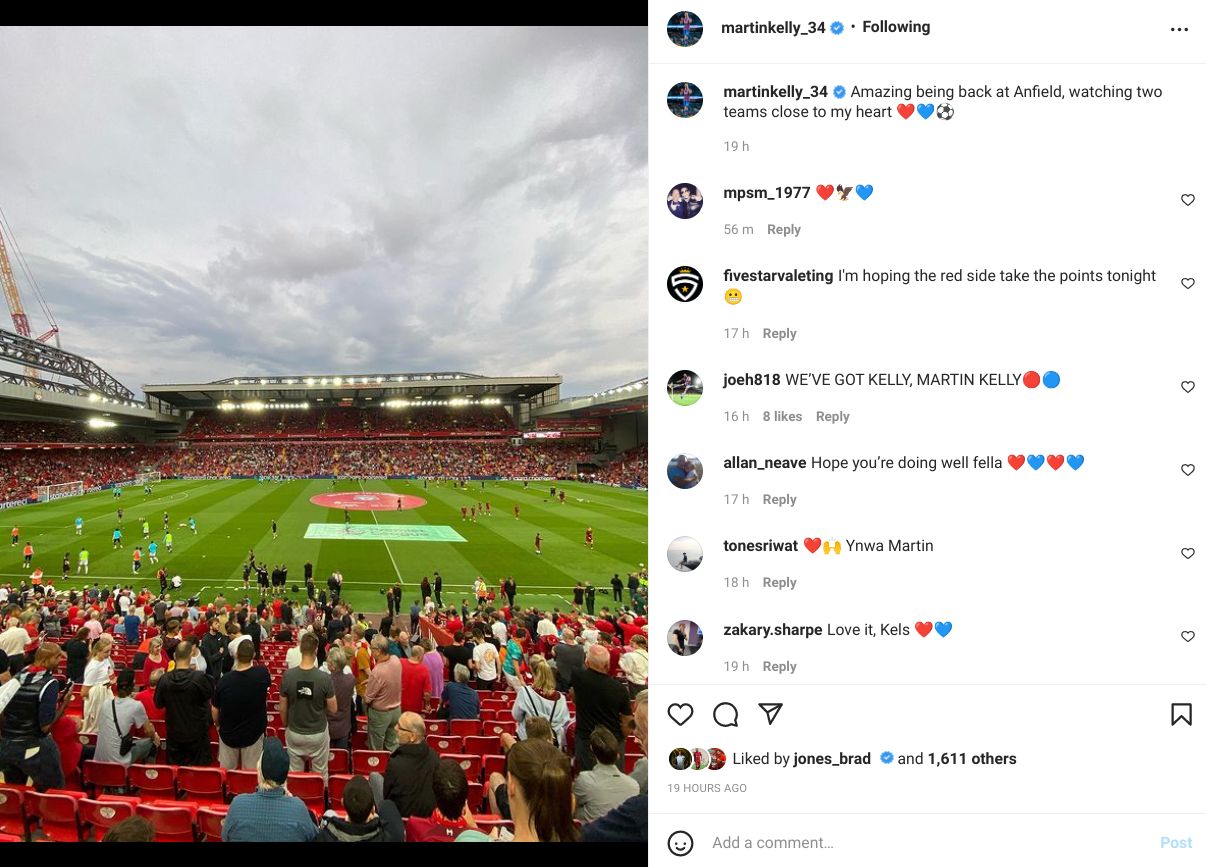