Darwin Nunez’s training ground appearances for Uruguay have made several headlines this week but it’s safe to say that the forward has now had some more joy in a recent clip.

During a game of football tennis with his international teammates, our No.27 unleashed a powerful header and won the game for his team.

In celebration, the 23-year-old took to one knee and showed off his best archery celebration.

It’s something that harks back to a similar celebration seen by Fernando Torres, several times in his career.

It’s great to see the former Benfica man enjoying his time away with the South Americans.

You can view the video of Nunez’s training ground celebrations via @Uruguay on Twitter: 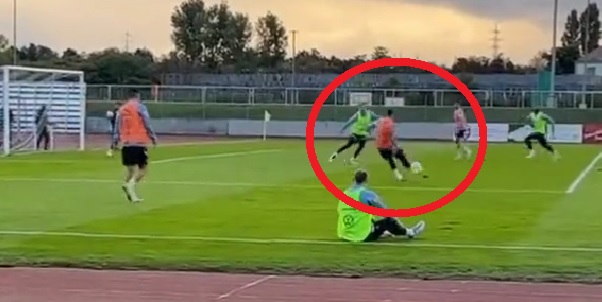