Harvey Elliott and Fabio Carvalho not only went to school together and trained together at Fulham but they are now Liverpool teammates too and the pair clearly have a strong bond.

In a game of ‘Honesty Cards’ for BBC Sport’s Football Focus, the duo were asked: ‘Who has the best trim?’, ‘Who has the worst trim?’, ‘Who’s the best dancer?’, ‘In a zombie apocalypse, who in the team is getting eaten first?’, ‘If you could only invite two teammates to your birthday party, which teammates would you invite and why?’.

It provided some hilarious answers, with a fair amount of abuse handed out for Fabinho, Darwin Nunez and plenty of other Reds, though some compliments for Adrian and James Milner included too.

It’s great to see the off-field bond between the two talented youngsters and the video is certainly worth a watch.

You can watch the full interview with Elliott and Carvalho via BBC Sport. 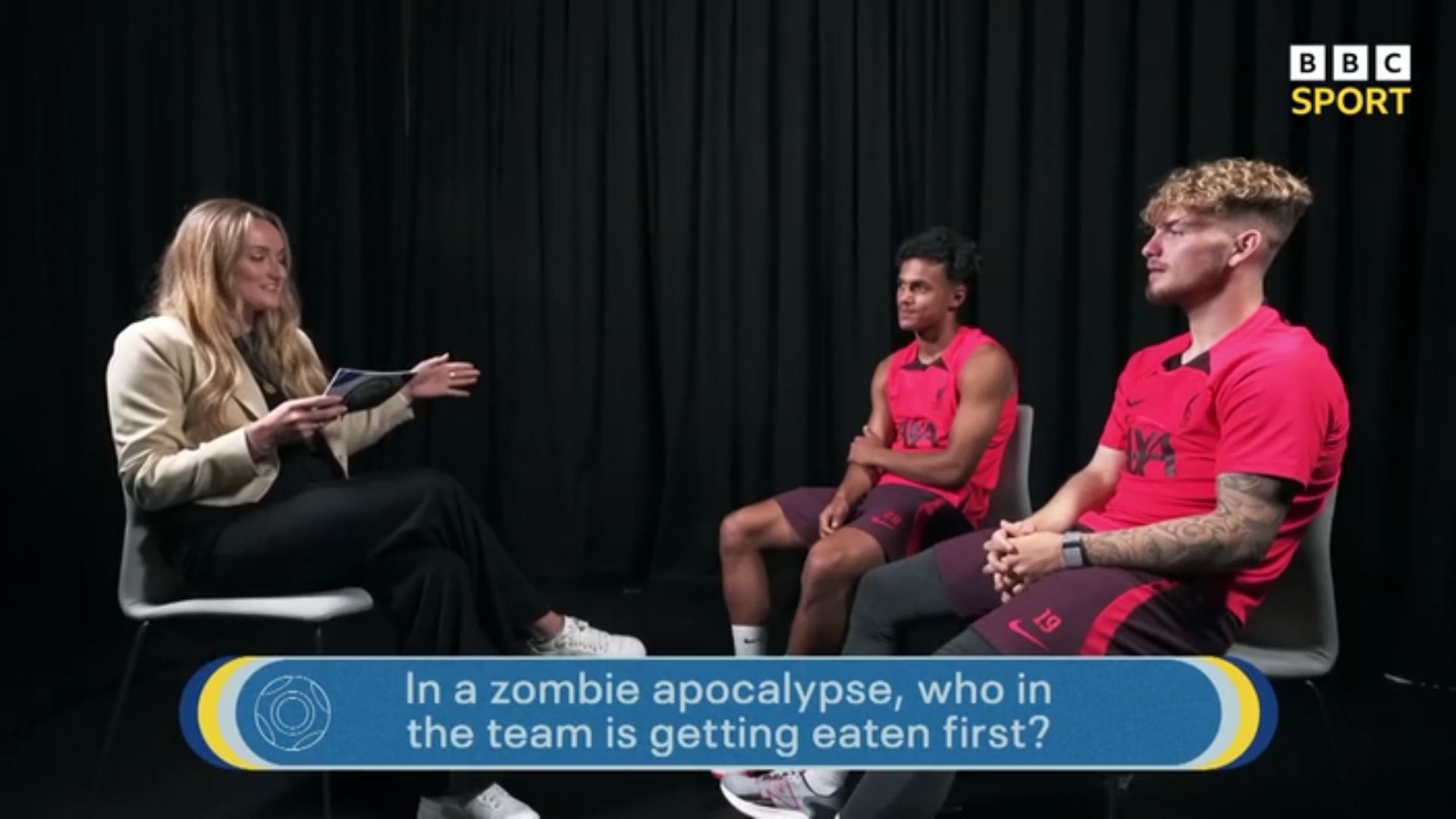