Alisson Becker was one of our standout players in the draw with Brighton but he has admitted that recent results are affecting his, and the rest of the Liverpool players’, confidence levels.

Speaking with Match of the Day, the 30-year-old said: “It’s not a good feeling, in football you play with that as well – with feeling and with confidence and this feeling and confidence we have to build back up again, to bring it back to the team and we have to start to build up, as soon as possible”.

READ MORE: (Video) Klopp breaks usual tact of ‘one game of a time’ by looking ahead to Arsenal match

We would be lost without the Brazilian in our goal and let’s hope he doesn’t get too down with recent results.

It’s hard to get confidence back into a team but a run of a few positive results will undoubtedly help us – hopefully starting with another three points in the Champions League group stage against Rangers.

You can watch Alisson’s thoughts on the Brighton result (from 28:00) via Match of the Day on BBC iPlayer. 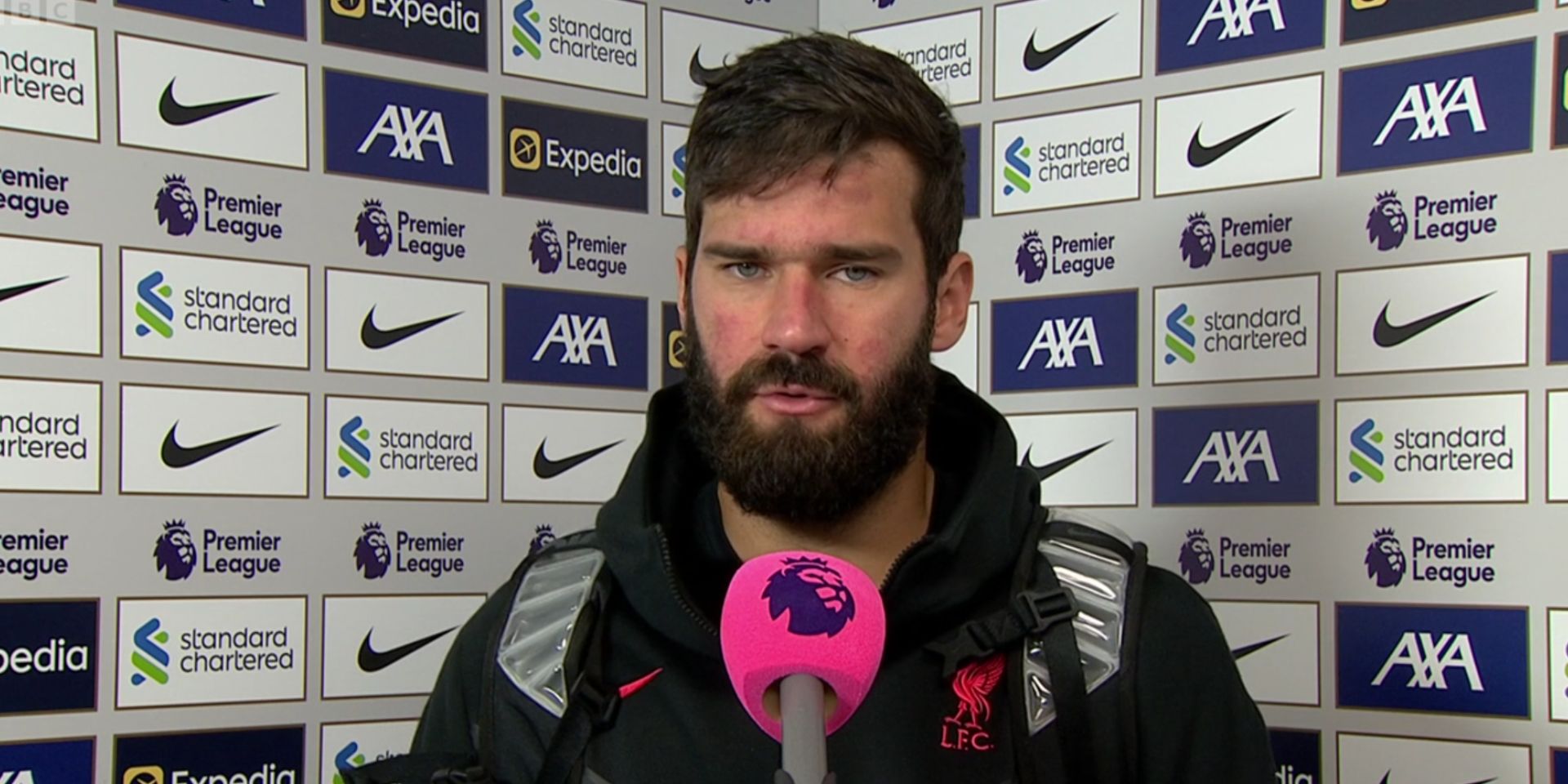