Liverpool fans may have to get used to the sight of Trent Alexander-Arnold resisting the urge to bomb forward down the wing on a regular basis following Jurgen Klopp’s tactical switchup.

The German is said to have specifically instructed the play deeper to account for Rangers’ ‘creative side’ – a decision that evidently paid dividends for the hosts as they secured a 2-0 win.

“There was also a different role for Trent Alexander-Arnold, who opened the scoring with a stunning free kick early on,” James Pearce for The Athletic.

“‘We knew, obviously, the left side of Rangers is the creative side with Ryan (Kent, the Liverpool old boy) and (Borna) Barisic),’ Klopp says.

“As a result, Alexander-Arnold was under orders to stay deeper rather than repeatedly bomb forward.

“It’s certainly rare to see his average position (No.66 in the graphic below) during a game being inside his own half – especially one at Anfield.

“But with four attackers on the field, there was enough creativity elsewhere and he showed tactical discipline to expertly repel Rangers’ advances.”

A pitch map sharing average positions adopted by the Reds’ starting-XI, as seen in the piece in question, certainly reflects those instructions. 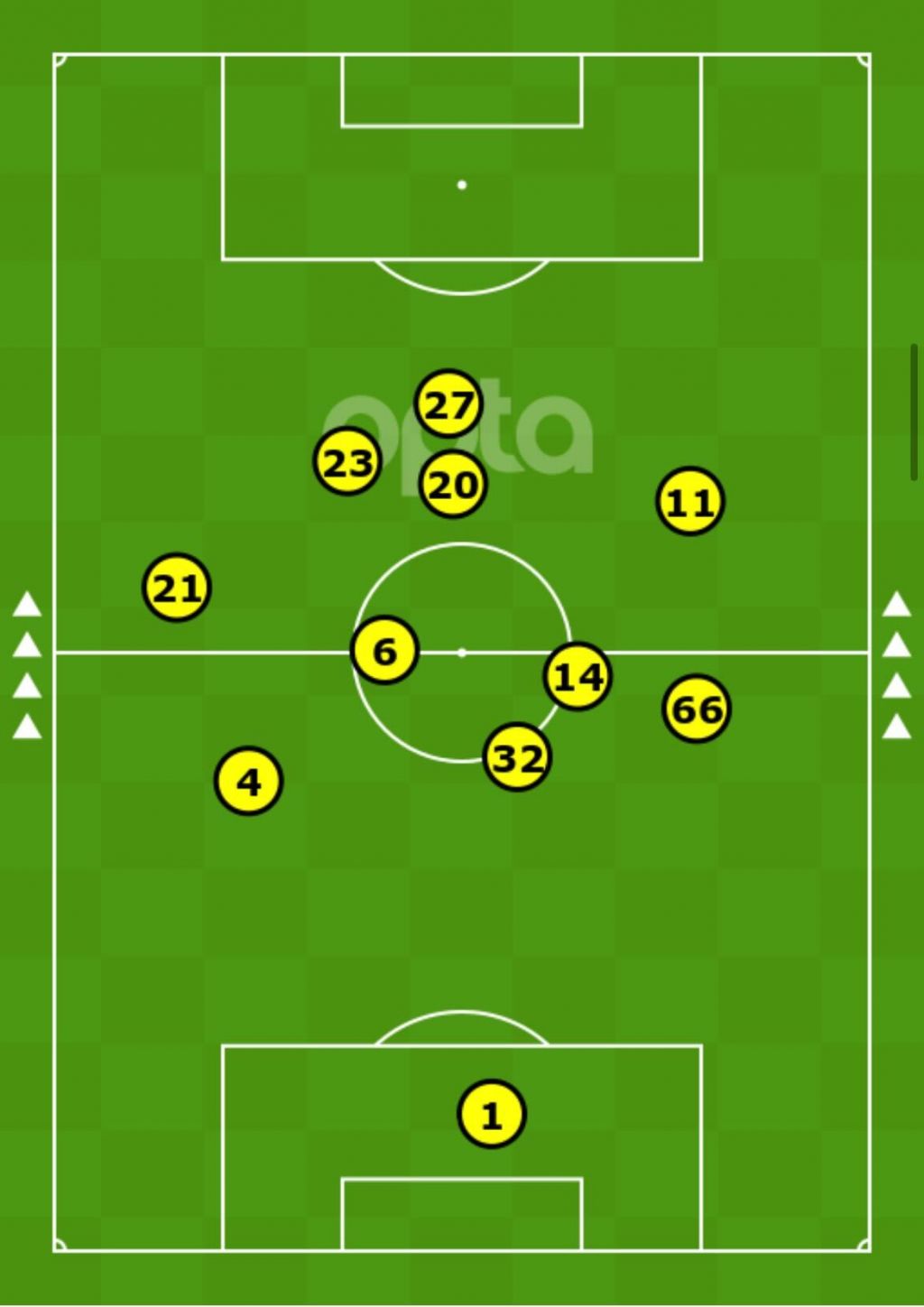 Given that our No.66’s offensive game is generally deemed by most, if not all, to be the strongest side of his game, those orders might seem a little strange to some fans.

Still, it’s hard to ignore the fact that didn’t exactly struggle for creativity or chances and our right-back’s superb passing range was still allowed to come to the fore in a game where we successfully pinned back Giovanni van Bronckhorst’s men into their own half for much of the tie.

With Kostas Tsimikas often effectively completing a front-five with his freedom to dart up the length of the pitch, it certainly afforded us far more defensive solidity than we’ve become accustomed to in recent weeks.