Last night was good for lots of reasons, to be fair.

Roberto Firmino played like the creative genius he was three years back with the finishing of Marco van Basten.

Liverpool fans scoffed at the Rangers’ Ultras, The Union Bears, who for some reason decided to charge our section after being drubbed 7-1…

Thiago’s cameo though was the bit that made me smile the most.

When he came on in the 68th minute, Liverpool were 3-1 up. The game was over as a contest, really.

But despite the fact he’s already won the competition twice, along with a meagre 11 league titles during an illustrious career, he played like his and all our lives depended on it.

Why is an injury prone player launching himself into slide-tackles?! Maybe he had a point to prove after the referee singled him out for a bollocking for supposedly warming up in the wrong place prior to his introduction…

Maybe this whole season has just got to him and he wanted to have his fun. He made 19 passes, three of which were described by the stats people as ‘key’. He won two headers and four duels. He could have been booked twice for completely unnecessary, never-ending slide tackles. It was the most weirdly Roy of the Rovers performance from a player who usually symbolises guile and finesse in a match where it absolutely did NOT call for it. And yet it was brilliant.

The Liverpool players were having fun again. The shackles were lifted. They were just playing football – passing, moving, scoring. And in Thiago’s case, clattering people, too.

If it turns out he can’t play against Manchester City because of some niggle I will be immediately furious with him, but for now, he, and all of his team-mates to be fair, have cheered me right up.

We’ve scored 18 goals against Bournemouth and Rangers this season. Against everyone else, we’ve stunk the place out. If only we could spread our goals out a little better we might still be in contention at the top of the table!

But to Thiago, thanks. I enjoyed it. It made me laugh. It made me confused and it made me, somehow, look towards Manchester City’s visit to Anfield on Sunday with a little excitement. 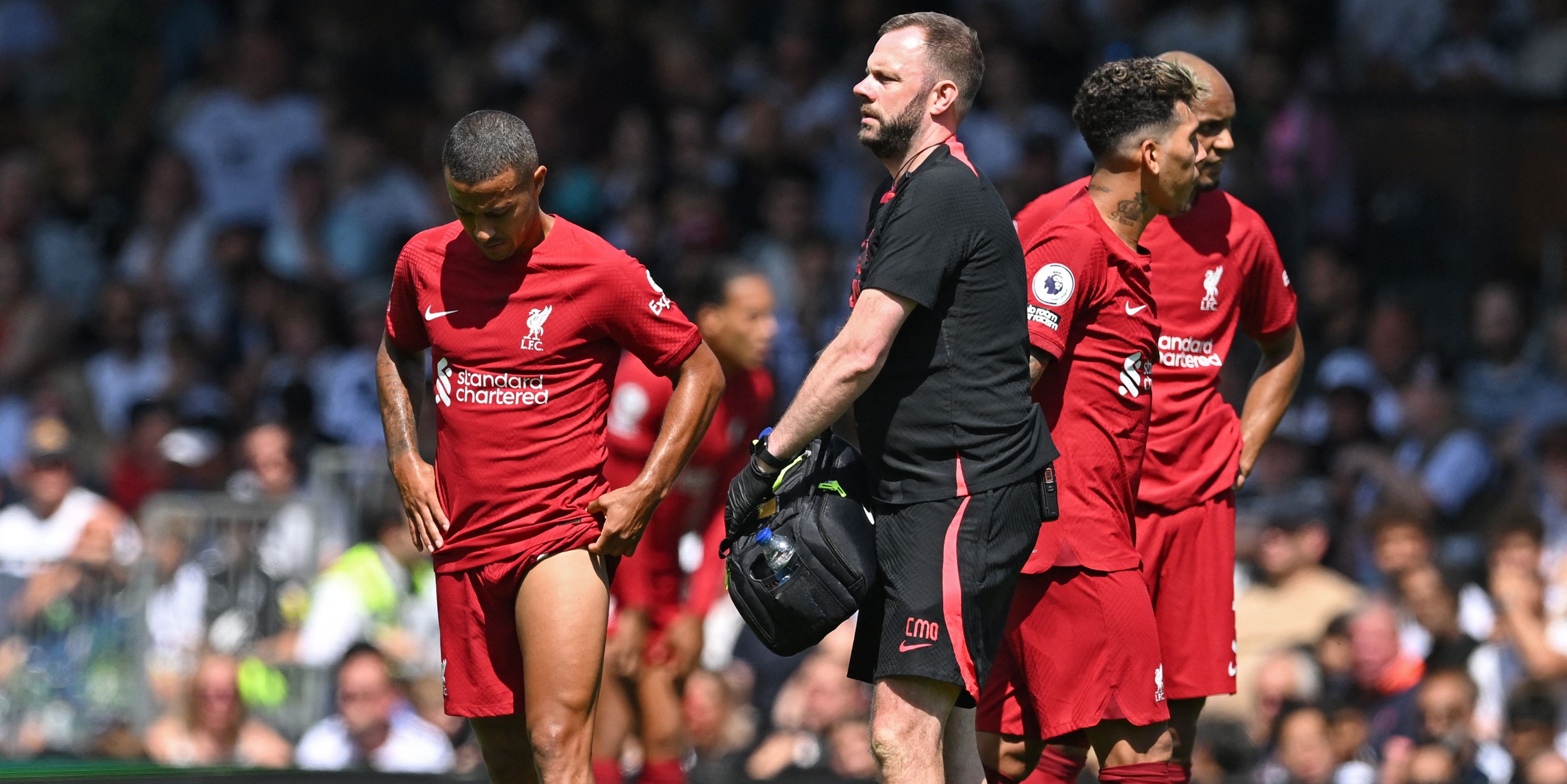