Sean Cox was violently and innocently attacked by Roma supporters in 2018 and is now confined to a wheelchair following the injuries he received that night and it seems as though some rival fans believe this is grounds for ridicule.

In a Tweet that was posted online (which has now since been deleted) by user @CarterLewis_9, it seems as though cards or stickers have been printed which read: ‘Somebody dial 911, Sean Cox is doing wheelies on the dancefloor’.

Given the colour scheme and several of the other stickers/cards in the background, it’s fair to assume that these have been created and dispersed by Manchester United ‘fans’ and it’s really sickening to see.

After Manchester City supporters and players have also sung about this terrible incident too, it does make you wonder what is wrong with some people who think this is grounds for a joke.

Things like this need to be highlighted and shared because there should be punishment for anyone thinking that acts like this are acceptable.

Here’s a screenshot of the Tweet that was captured before it was subsequently deleted: 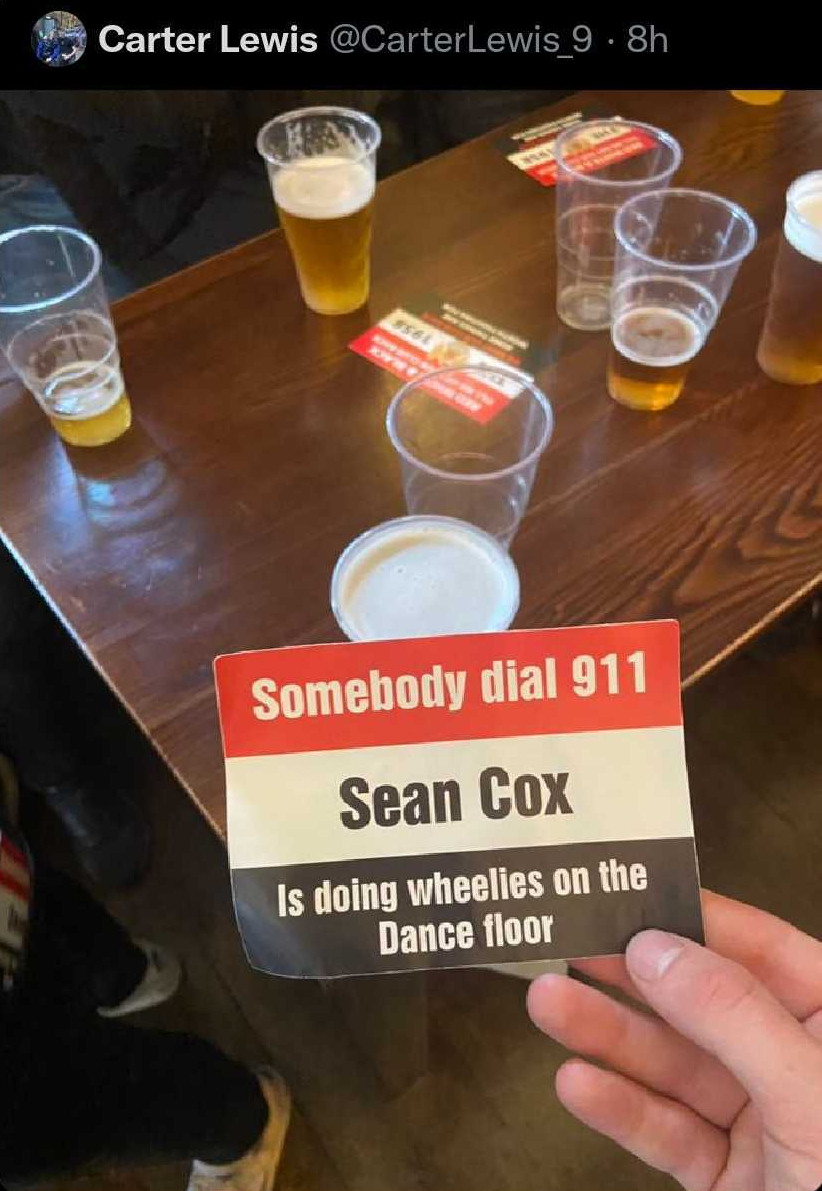