Liverpool, you may not be surprised to hear, is not a city that has much respect for the Conservative Party and one former youth player for the Reds has caused a storm by sharing his political opinions online.

Paul Mullin is currently playing for Wrexham and took to Instagram to share a picture of his new custom-made boots: 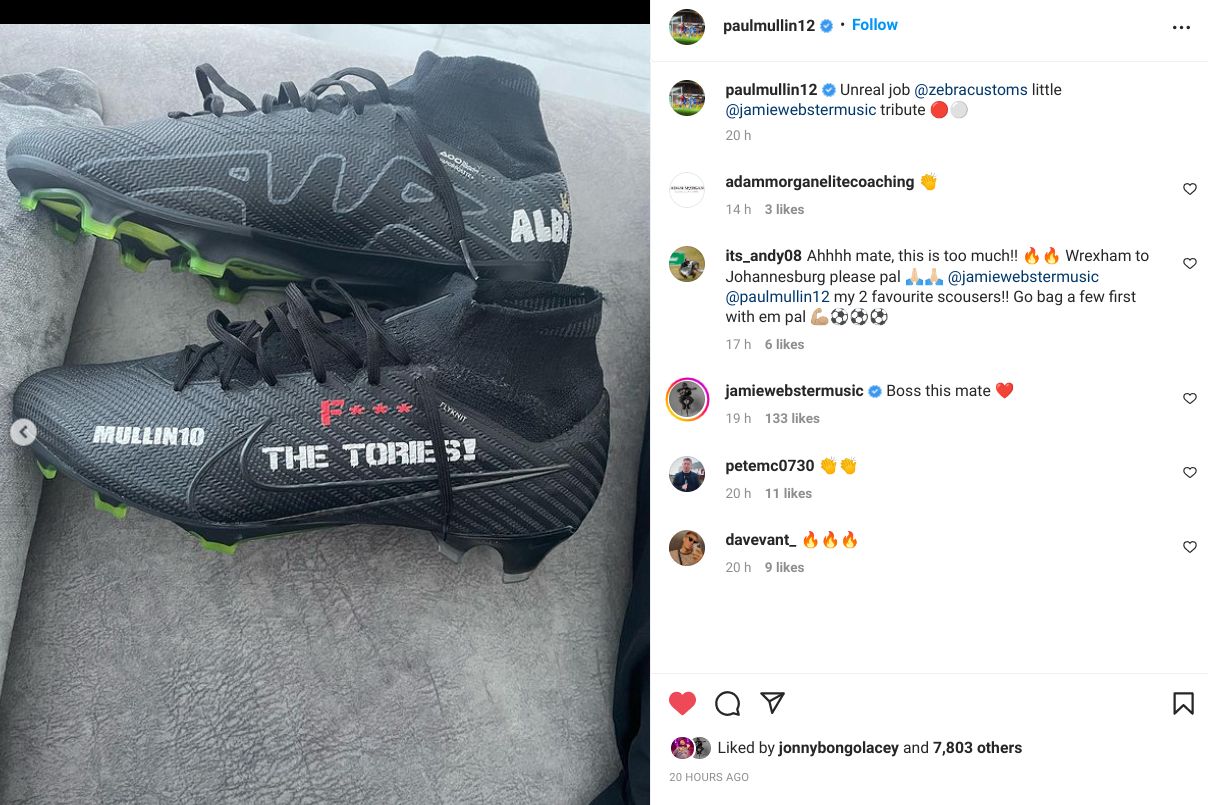 The media attention around the boots surrounds the message that reads: ‘F*** THE TORIES!’, a statement that can be heard on the Kop and ringing around Anfield on every matchday.

READ MORE: Ex-Red bemoans Thiago’s ‘strange’ injuries when he ‘strolls about and does not sprint’

The 27-year-old Scouser claimed he took inspiration for these boots from the music of Jamie Webster and it’s all culminated in quite a reaction online.

Wrexham’s response to the attention was to release a statement that read: ‘The Club can confirm that the boots revealed by Paul Mullin on social media will not be worn tonight, or in any other Wrexham AFC fixture… The Club has adopted a neutral position on many matters with a political dimension and intends to continue to do so going forward’.

The Welsh club went on to remind their forward and everyone reading that the MP for their area is indeed a member of the Conservative Party.

This has all continued to divide supporters of clubs around the nation and it’s no surprise to see that our fans have sided with the Liverpool-born player and his political motives.

Football and politics are allowed to overlap and there should be room for people with a platform to share their opinions, if these boots are never worn they have still made a huge statement and gathered attention regardless.

It’s unlikely that the former Tranmere Rovers striker was ever expecting this much fuss to come around and it has all been blown well out of proportion.

In a time when the country is changing leaders nearly as often as Mullin is scoring goals, all in the midst of a cost of living crisis and mass use of foodbanks – that should provide enough excuse for anyone to speak out about the current government.