Luis Diaz may be out until after the World Cup with a knee injury but Liverpool fans will be pleased to see that the Colombian’s rehab appears to be going to plan.

The 25-year-old sustained the injury during the 3-2 defeat to Arsenal earlier this month and despite no surgery being required on his knee it was still serious enough to rule him out for the foreseeable future.

Our No. 23 is still required to wear a knee brace but his latest Instagram story showed him performing some exercises in the gym alongside the caption ‘💪🏼💪🏼🔥🔥‘.

Despite the Reds’ slow start to the campaign, the former FC Porto winger had been one of the club’s most impressive players with his impressive work rate and pacy style of play causing trouble for opposition defences.

His absence has been felt in recent weeks with our attacking threat not as potent as it can be with fellow attacker Diogo Jota also sidelined through injury at the moment.

We can’t wait to see the Colombia international back in action and we wish him all the best as he continues his recovery. 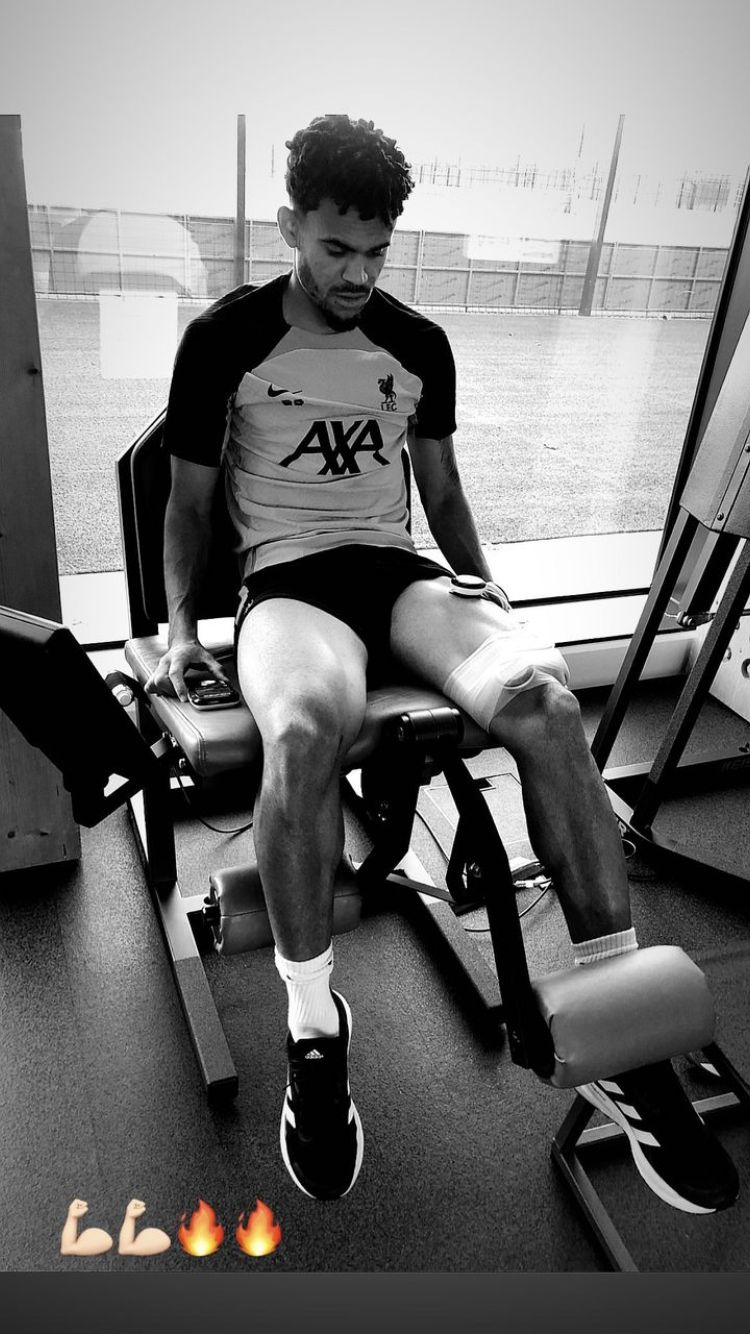