The Italian created his ideal starting XI from players that will be heading to Qatar later this month and included the Liverpool No. 4 at the heart of his defence alongside Manchester City’s Ruben Dias.

“I think Ruben Dias and Virgil van Dijk would be a great duo at the back – both have quality, leadership and international experience,” the transfer specialist told CaughtOffisde when explaining his choices. “Two top players who will surely be crucial for their national teams in Qatar.”

Reds fans may be surprised to see the likes of Alisson Becker and Trent Alexander-Arnold left out of the side but there is going to be a lot of world class talent on show during the tournament.

Real Madrid’s Thibaut Courtois is selected ahead of our Brazilian No. 1 with the former Chelsea stopper in fine form for the European Champions at the moment.

The only England player included in Romano’s team was West Ham’s Declan Rice, a player that Liverpool have been urged to sign recently, with other Premier League stars such as Kevin De Bruyne and Joao Cancelo also in the side.

The team on paper is quite frightening with the serious firepower of Karim Benzema, Kylian Mbappe and Lionel Messi at the top end of the pitch.

Imagine coming up against this side in real life!

Check Romano’s Dream Team out below: 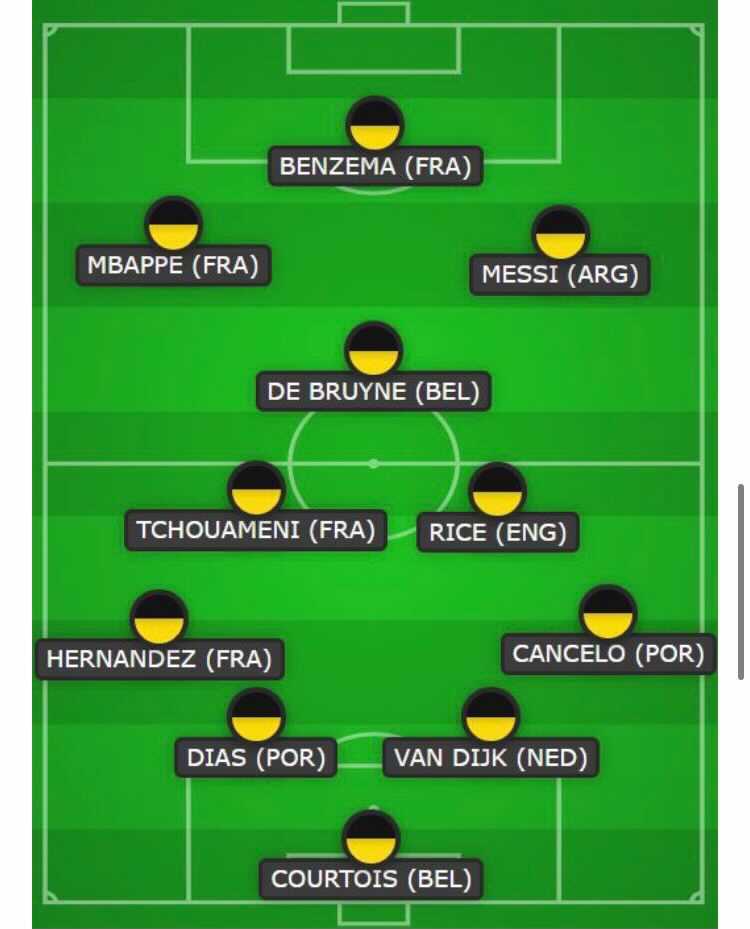