Nat Phillips is better known for his heading ability rather than shooting with his feet but his latest effort was a glimpse into the venom he possesses if he’s given a chance to have a volley at goal.

During a shooting challenge with AXA Insurance Joe Gomez, Arthur Melo and our No.47 were asked to score without hitting anything blocking the net, as the challenge went to a shoot-off the players had to unleash a volley at goal.

The ball was thrown up for the Bolton Baresi to strike and his brilliant effort was so close to a goal but hit the crossbar instead.

Our No.2 was clearly impressed with the effort though as he said, “That was delightful bro” after his fantastic shot that was so unlucky not to fly in the top corner.

You can watch the video of Phillips’ shot on goal (from 3:43) via Liverpool FC on YouTube: 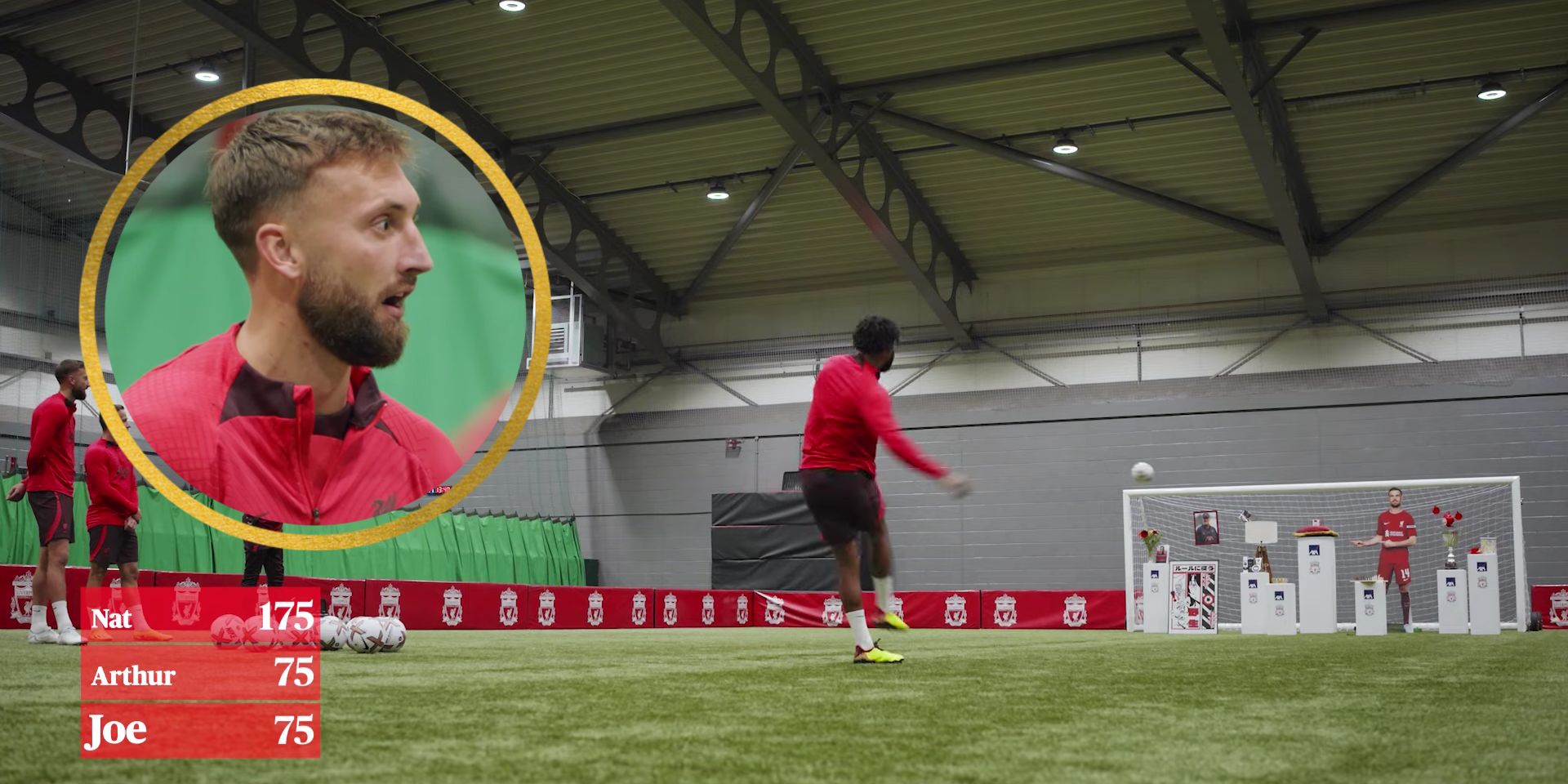