Liverpool past meets Liverpool present as both Luis Suarez and Darwin Nunez have been captured in a picture together and it’s always a strange sight for our supporters to witness.

Despite leaving the club in 2014, our former No.7 is still synonymous with our club and to see him alongside our current hero feels like a real crossing of Anfield generations.

Our former forward shared the selfie of the pair to his Instagram stories, alongside the caption (translated): ‘mate after training’.

Clearly scoring goals in our famous red shirt isn’t the only thing they have in common.

You can view the image of Suarez and Nunez via Suarez’s Instagram story: 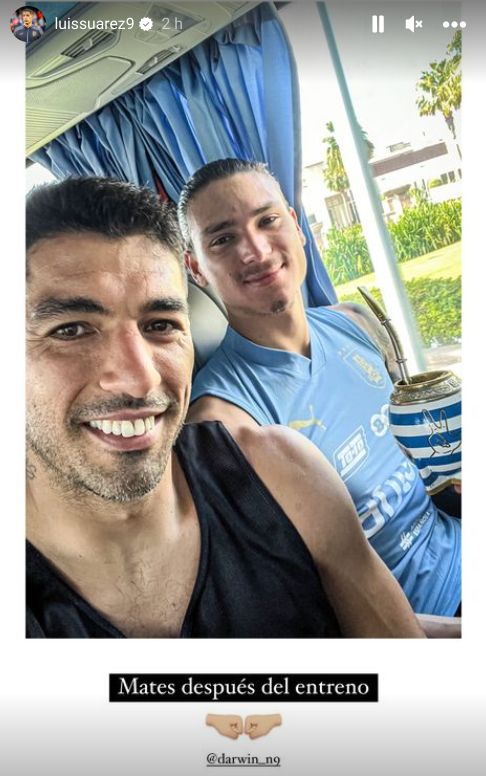