Liverpool’s interest in Jude Bellingham is particularly well-documented, so it should be no surprise to any fans that the Reds will be going in for the Borussia Dortmund midfielder in the summer at the latest.

Those wondering why the club is so keen on the England international may only need to consult The Athletic’s graphic on his shot-creating actions in their latest Radar piece. 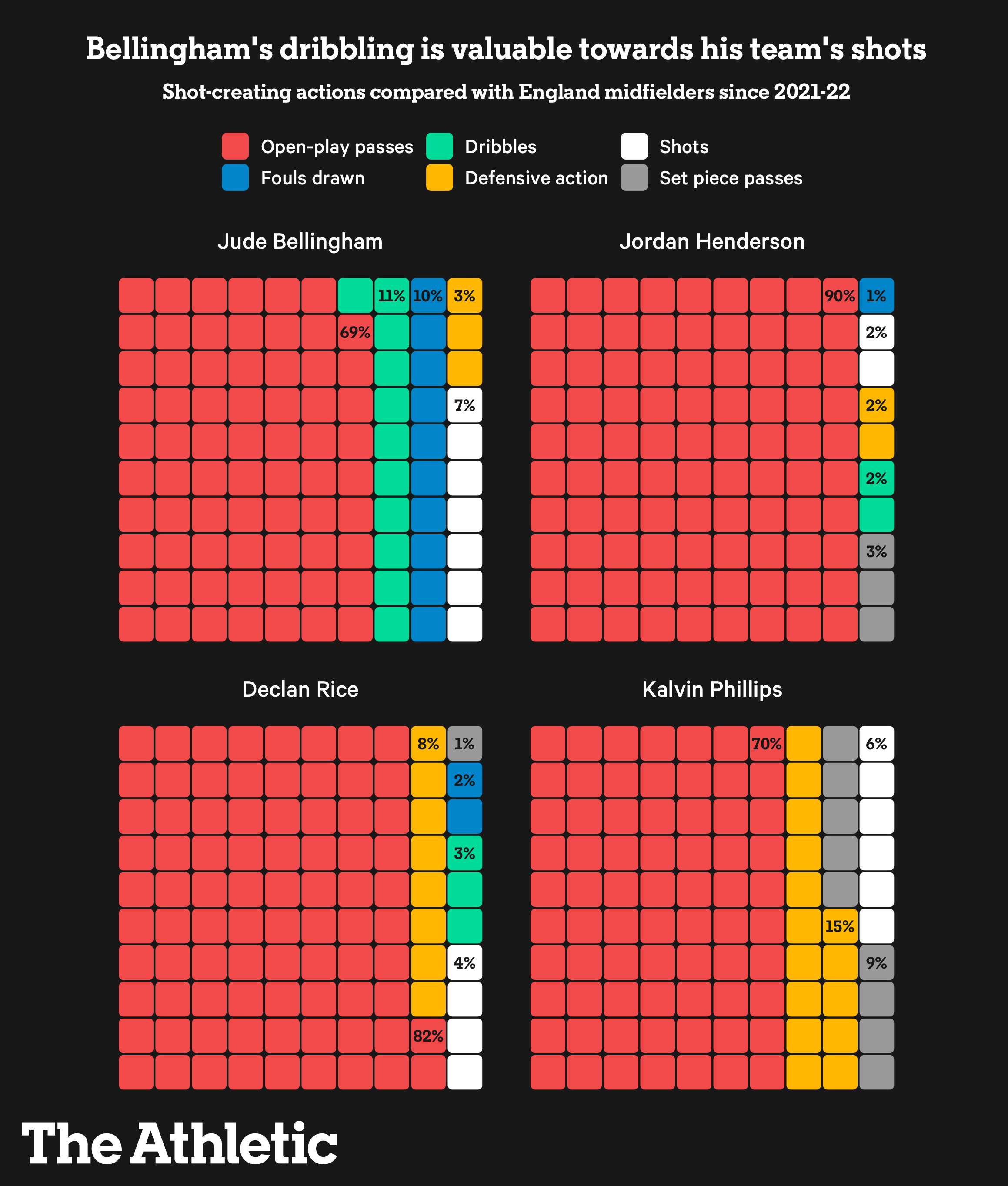 If that wasn’t enough for supporters, the former Birmingham City youth prospect’s ability to help break down a low block.

“He is a midfielder without a single defined strength. He can operate in different positions, he can positively influence matches from different positions and he is an attacking threat in every sense of the phrase, a true all-rounder,” as was reported by The Athletic.

“That is not to say Bellingham offers nothing defensively but Dortmund have sensibly maximised his impact by allowing him to do what he does best.

“His quick feet and craft in congested areas make him particularly good against a low block.

“His bursts into the opposition penalty box give other players a target to aim for and yield the occasional goal. He is comfortable carrying the ball and likes progressing it upfield.”

In short, there’s a lot that Bellingham could offer a potential suitor – rest assured that he’ll have plenty of those in the summer, with the likes of ourselves, Manchester City and Real Madrid, to name a few, all keen.

We know Jurgen Klopp’s keen on a potential midfield operator who can play both the No.6 and No.8 roles well and the 19-year-old’s ability to break past a low block will prove the most enticing attribute of them all.

Comparing the number of fouls that the teenager draws in comparison to Declan Rice also makes for some interesting reading and, given the similarities in price discussed, should arguably push us in the direction of the former over the latter.

It’s a significant outlay that will be required to snap him up from the Bundesliga – €150m, potentially, to be precise – but we’d be foolish to balk at such a fee given the quality we’d be receiving in return.