Liverpool and LeBron James have a professional relationship that has seen the basketball star work with the club on several occasions and the latest effort appears to have been revealed.

Thanks to an Instagram post by @am1ent, it was reported: ‘This is definitely one we didn’t expect. @kingjames and @liverpoolfc are teaming up for a collaboration on the Air Max 1!’.

The LA Lakers man has previously been spotted in our training jackets and shirts before but now seems to be using his role as a shareholder in the club to try and earn him and the club some more money.

If this is to be the final few months of FSG’s reign at Anfield, few can argue that they have failed to excel in the marketing side of the club and raising revenue wherever possible.

There’s no release date for the trainers yet but it’s something to keep an eye out for, if they take your fancy.

You can view the post about the Liverpool x LeBron James Nike Air Max trainers collaboration via @am1ent on Instagram: 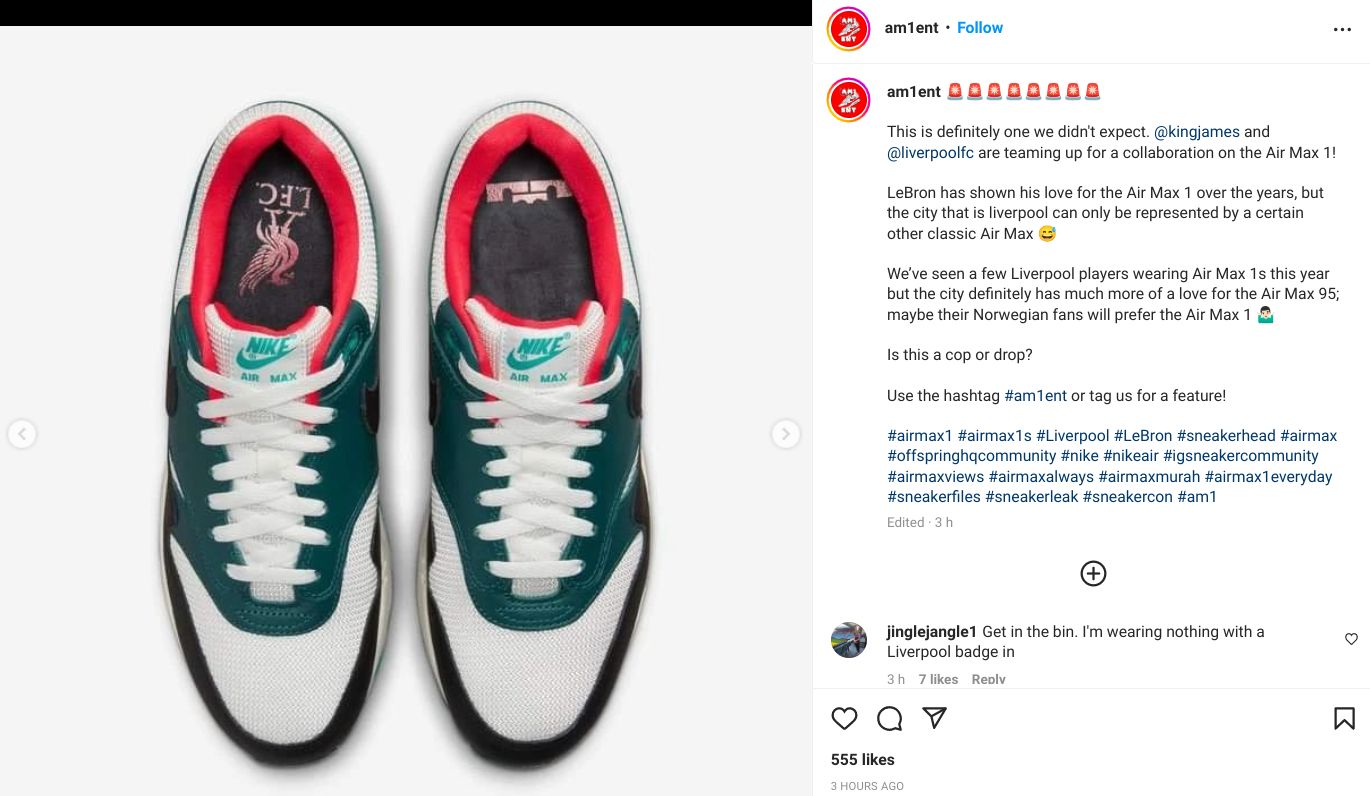