Jose Enrique has claimed that Youri Tielemans is the player Liverpool should sign during the January transfer window.

The Leicester City midfielder is out of contract at the end of the season and is unlikely to extend his stay at the King Power.

That therefore means that Brendan Rodgers’ side may be willing to let the Belgian star leave for a cut-price fee during the winter window or run the risk of losing him for free in the summer.

Our former No. 3 took to his Instagram account and shared a TikTok video of Tielemans’ world-class shooting ability, alongside the caption: ‘This is the player we should sign in January’.

The former AS Monaco man is currently representing his country at the Qatar World Cup and he’ll be looking to perform well with a number of clubs believed to be interested in his signature.

Current Premier League leaders Arsenal are being strongly linked with the Foxes No. 8 but with Liverpool supporters crying out for the club to sign a new midfielder, Tielemans is certainly a great option.

He’s impressed ever since moving to Leicester in 2019 with his wide range of passing and quality shooting ability.

The side from the East Midlands haven’t had the greatest of starts to the campaign, despite winning five of their last six games, and the 25-year-old may therefore feel it’s time for him to join a big-six club. 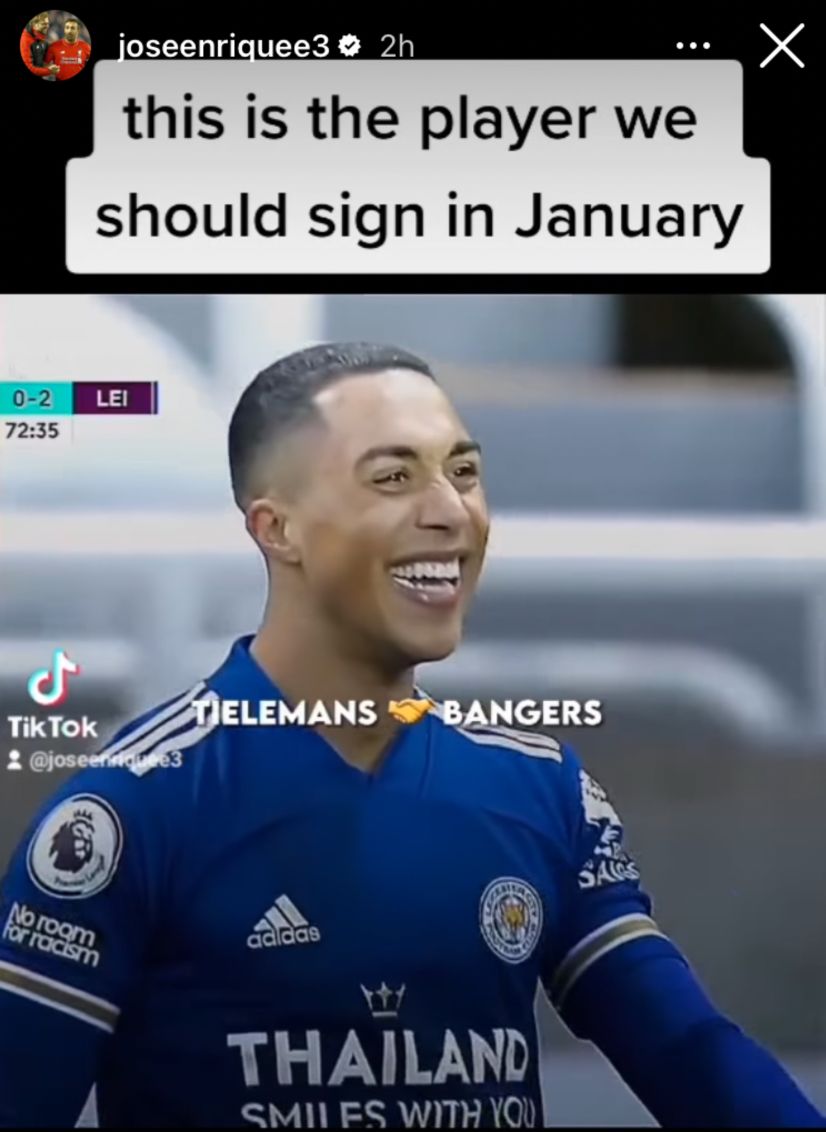