The search for a new manager following Giovanni van Bronckhorst’s sacking has led some Rangers fans to dangerous depths of thought.

One supporter was spotted making a rather bizarre recommendation for who should be the next to take the helm at the Ibrox.

‘mart22’ suggested that Liverpool’s Bobby Firmino could be targeted as a player manager.

It’s worth pointing out, right off the bat, that the Brazilian is still currently a Liverpool player and that there have already been serious talks about extending his contract at Anfield.

Whilst there’s no question that our No.9 would be a stunning addition for the Gers as a player, it’s difficult to see decision-makers at Rangers both managing to overlook his lack of coaching experience and being able to prise the striker away from Merseyside.

Having enjoyed a stellar 2022/23 campaign so far, we just can’t see the club allowing Firmino to depart ahead of the January transfer window in any capacity.

You can catch the message board below: 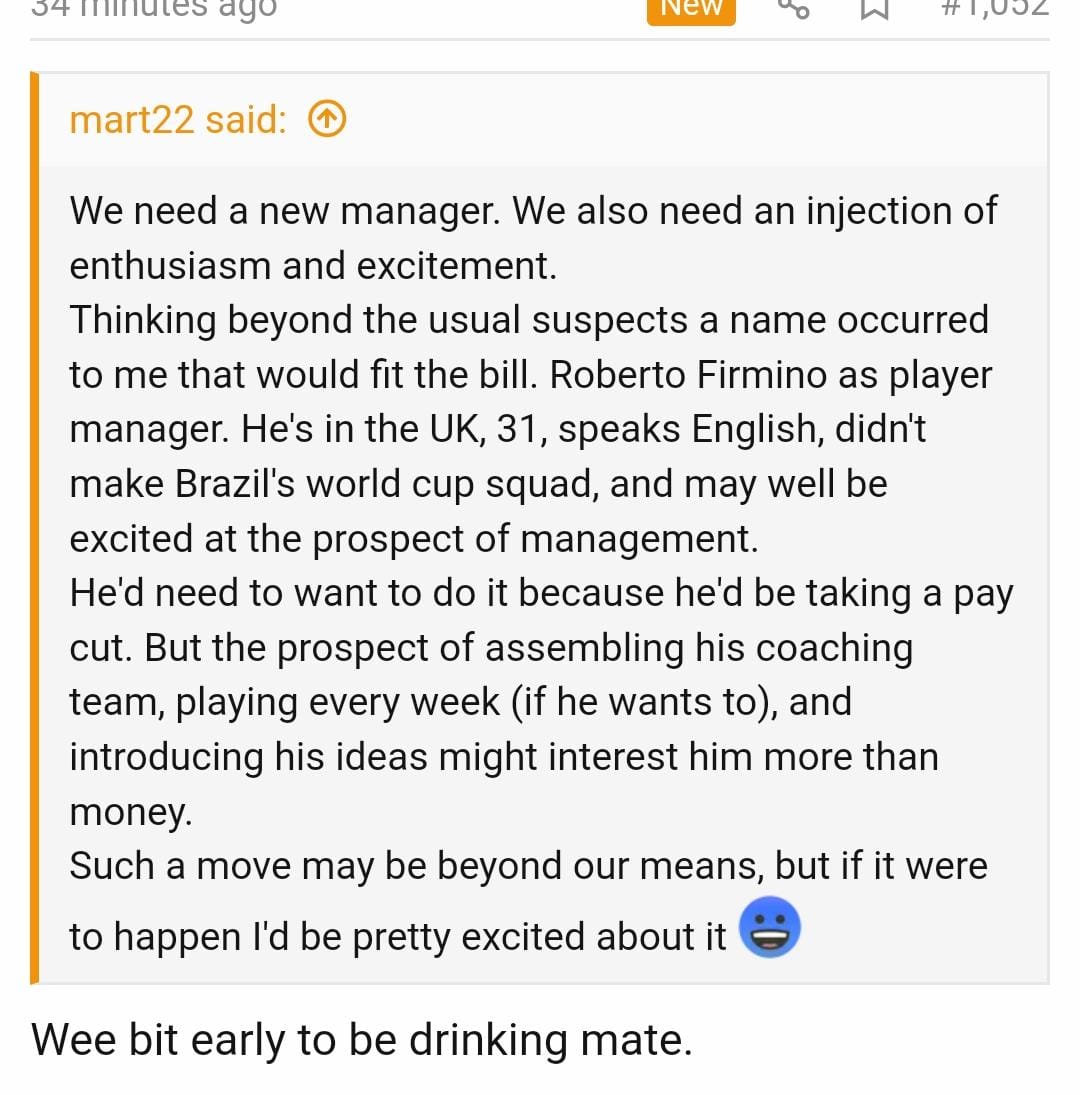