Jordan Henderson was handed his first start of the World Cup and it soon led to England securing their place in the knockout rounds and as group winners.

Following the match, Jude Bellingham gave a lot of praise to our skipper for his role in the victory and the love was clearly mutual – given our No.14’s Instagram post after the game.

Taking to his Instagram stories, the 32-year-old posted a picture of the pair and tagged the Borussia Dortmund man with it appearing that their bond is growing stronger in the Qatar camp.

Let’s hope that his friendship with both the skipper and Trent Alexander-Arnold can help convince the 19-year-old that a move to Anfield is the right one for him in the future. 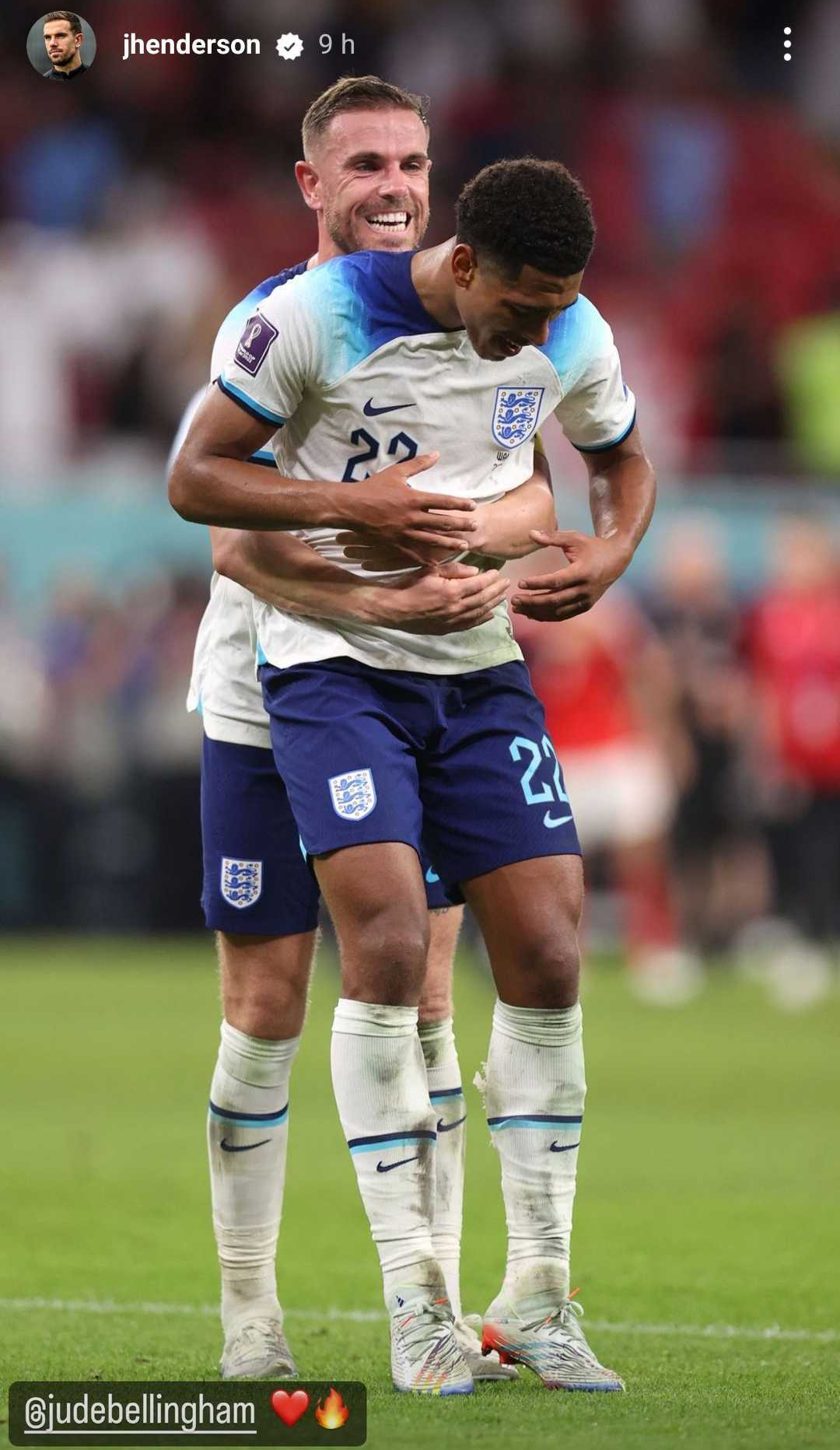