Jordan Henderson is not just the captain of Liverpool football club on the pitch but also off it and meeting a young supporter in celebration of International Day of People with Disabilities shows how important he is to the whole community to.

Young Red Joel was given the chance to have a kickabout with our skipper and seeing as the youngster was told he would never be able to walk or talk again after a tragic accident in a pool during a family holiday, being able to even kick a ball is a huge example of how far he has come.

Meeting with Joel and his mother, the Sunderland-born midfielder promised that next time he’s at Anfield he’ll give him a wave and it clearly meant a lot to the pair.

It’s nice to see that from tragic events good things can still happen and that the club is involved in such important initiatives as marking International Day of People with Disabilities.

You can watch the video of Henderson and Joel via Liverpool’s club website: 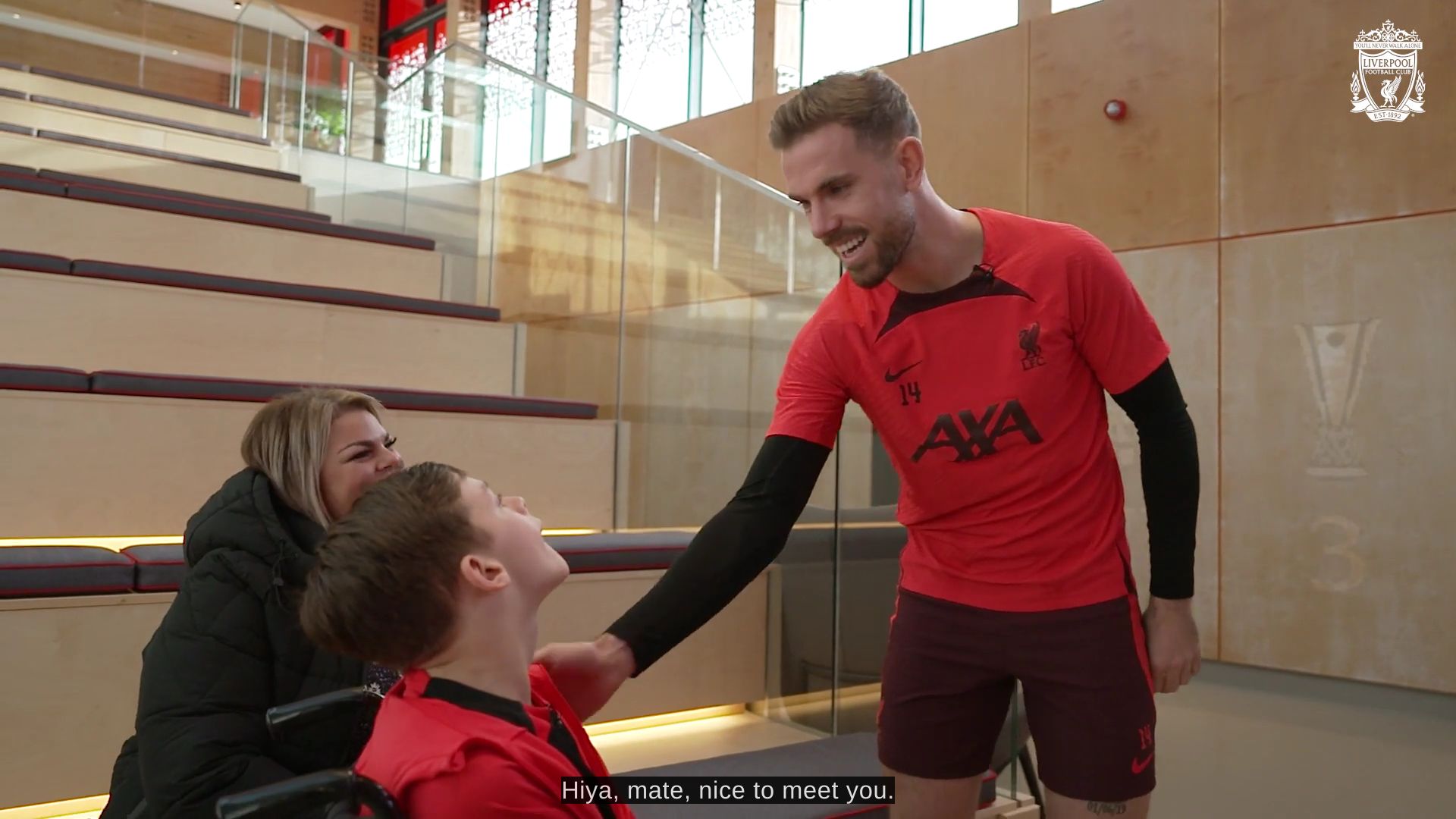