Liverpool supporters are always happy to see a world class player represent our club, as well as seeing a homegrown talent grace Anfield but in Steven Gerrard and Trent Alexander-Arnold – we have a combination of both.

Thanks to a video shared on the Champions League Instagram account, the passing of the two Scouse heroes was compared and it caught the attention of our former skipper.

Although he didn’t make a comment, the 42-year-old shared the video to his own Instagram stories, which shows that he was clearly impressed with what he saw.

It must be a special moment for our No.66 to see his hero share a video of the two of them together and let’s hope that he can go on to emulate even more achievements and landmarks reached by the Huyton-born midfielder.

You can watch the video of Gerrard and Alexander-Arnold via @championsleague on Instagram: 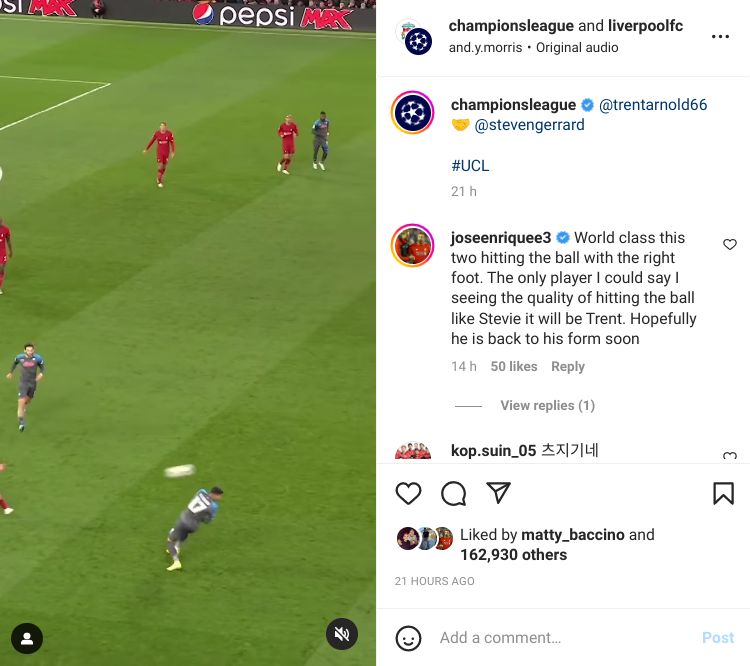