Jordan Henderson will always have a big fan in the form of Adam Lallana and his most recent post after England’s victory over Senegal caught the attention of our captain.

Taking to his Instagram account, the former Liverpool midfielder wrote: ‘Master & apprentice 🔥🔥🔥🔥’ alongside a picture of our No.14 and Jude Bellingham.

The 32-year-old clearly saw the post as he wrote: ‘🙌🤣❤️’ in response and this will only continue to spiral rumours that the Borussia Dortmund man may well be heading to Anfield in the coming transfer windows.

There’s clearly a growing bond between the 19-year-old and our skipper and that has been clear from the celebration that two shared and the Twitter post from the teenager after the match.

In the Brighton and Hove Albion player, we know that he is fully aware of what our No.14 can offer on and off the pitch and let’s hope that the Birmingham-born teen has now been able to appreciate this too.

Whilst they spend time together in Qatar the chances of us signing the talented youngster seem to be increasing and let’s hope we can eventually get this deal over the line, either in January or in the coming summer transfer window. 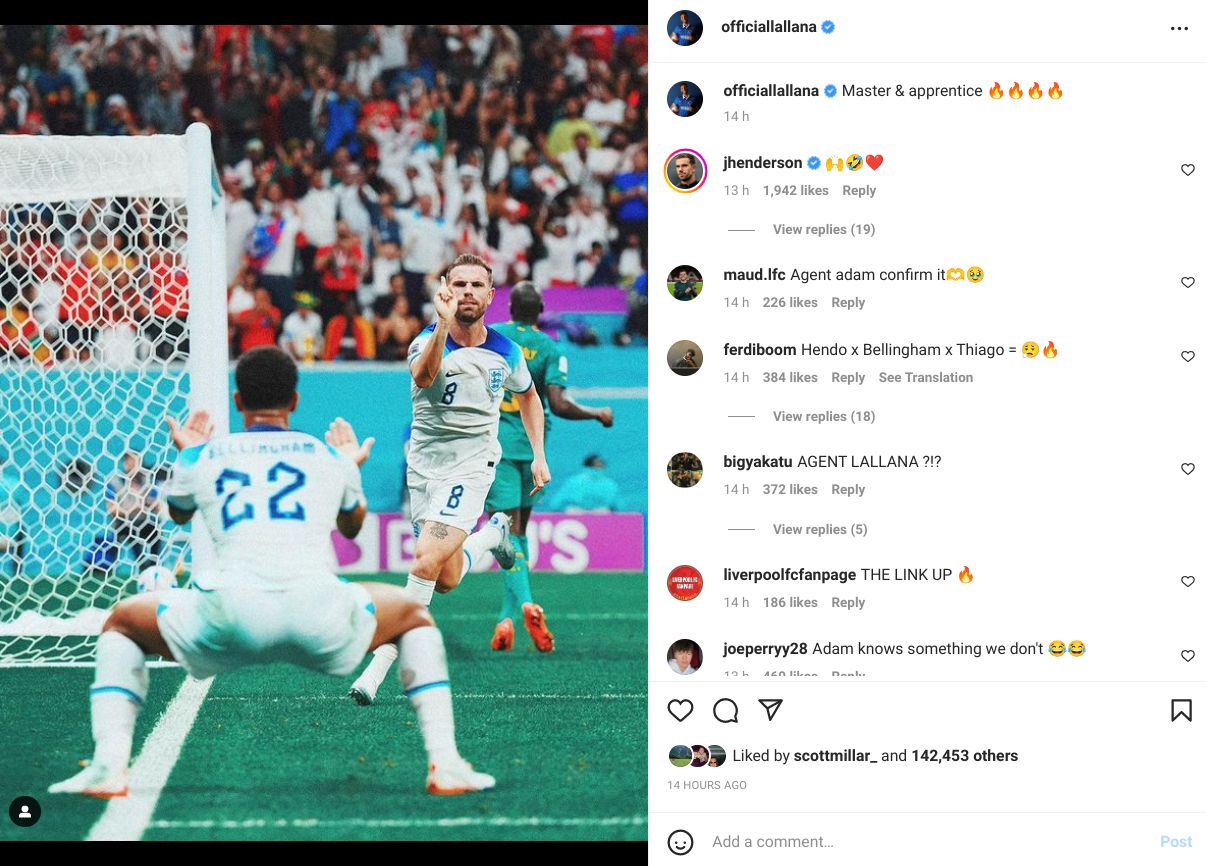