The seven members of Jurgen Klopp’s team to have participated in the World Cup were fully focussed on helping their nation achieve the greatest prize in international football but now domestic football is set to return, it’s clear that Darwin Nunez has switched his focus back to Liverpool.

After having an image of himself representing Uruguay during his time in Qatar, our No.27 has changed his Twitter profile picture to mark his return to playing for the Reds.

The choice of image is great too, with the 23-year-old using the moment he scored against Arsenal and pretended to cry as part of his celebration.

Fully aware of the criticism he receives from rival supporters, it’s clear that the former Benfica man is out to silence the haters again once this period of training comes to an end.

You can view the new picture by Nunez via @Darwinn99 on Twitter: 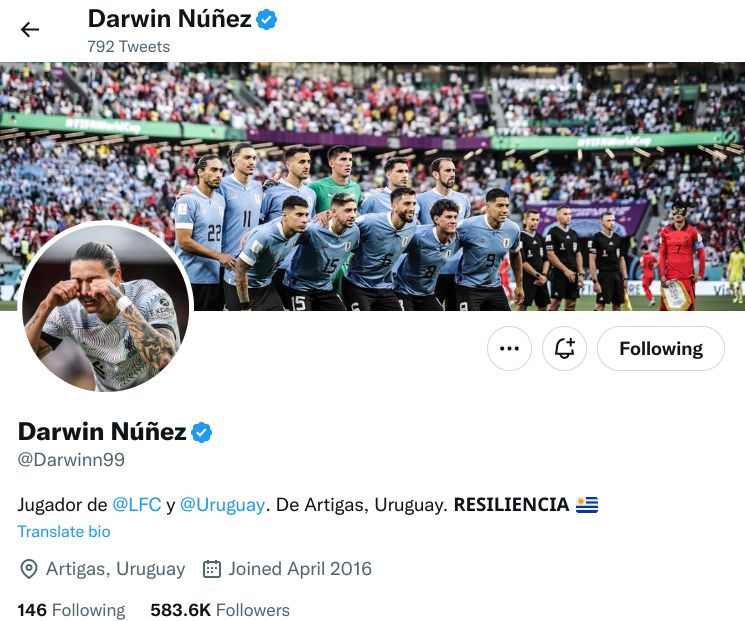