Jurgen Klopp is readying his team to face Manchester City in the Carabao Cup and it looks like he may well be giving a run-out to one of his younger members of the Liverpool squad.

It’s usually a competition that sees mass rotation from the boss but given the return of some players from the World Cup and the long break since competitive football, he may see this as a chance to restore some rhythm to his first-team starters.

However, the sight of Ben Doak on the club’s website as they shared images of the squad’s evening sessions before our trip to the Etihad Stadium could mean that the 17-year-old may well be given some game time too.

We’ll have to wait and see what team the German selects and how he chooses to utilise those on the bench but it will be an insight into where his thinking is at the moment.

You can view the image of Doak via the Liverpool website: 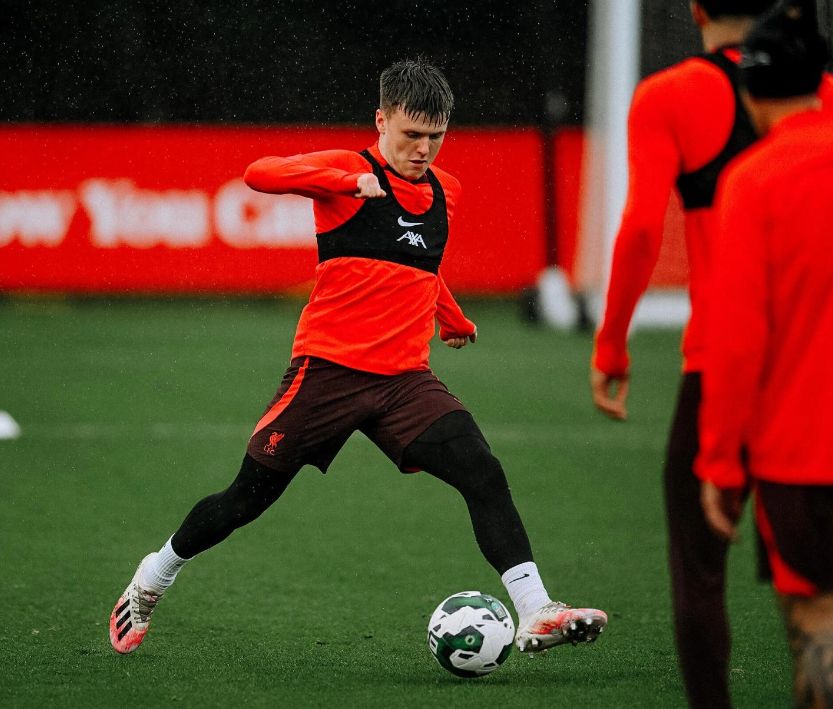