Jurgen Klopp will be hoping that a month’s worth of rest for many of his top talents, not to mention a pre-season 2.0 in Dubai, will help reset Liverpool’s squad ahead of a pivotal second-half of the campaign.

Now, according to Opta’s supercomputer, it’s supposedly likely that the Reds will achieve their minimum target of Champions League qualification after being handed a 76.2% chance of making the top four. 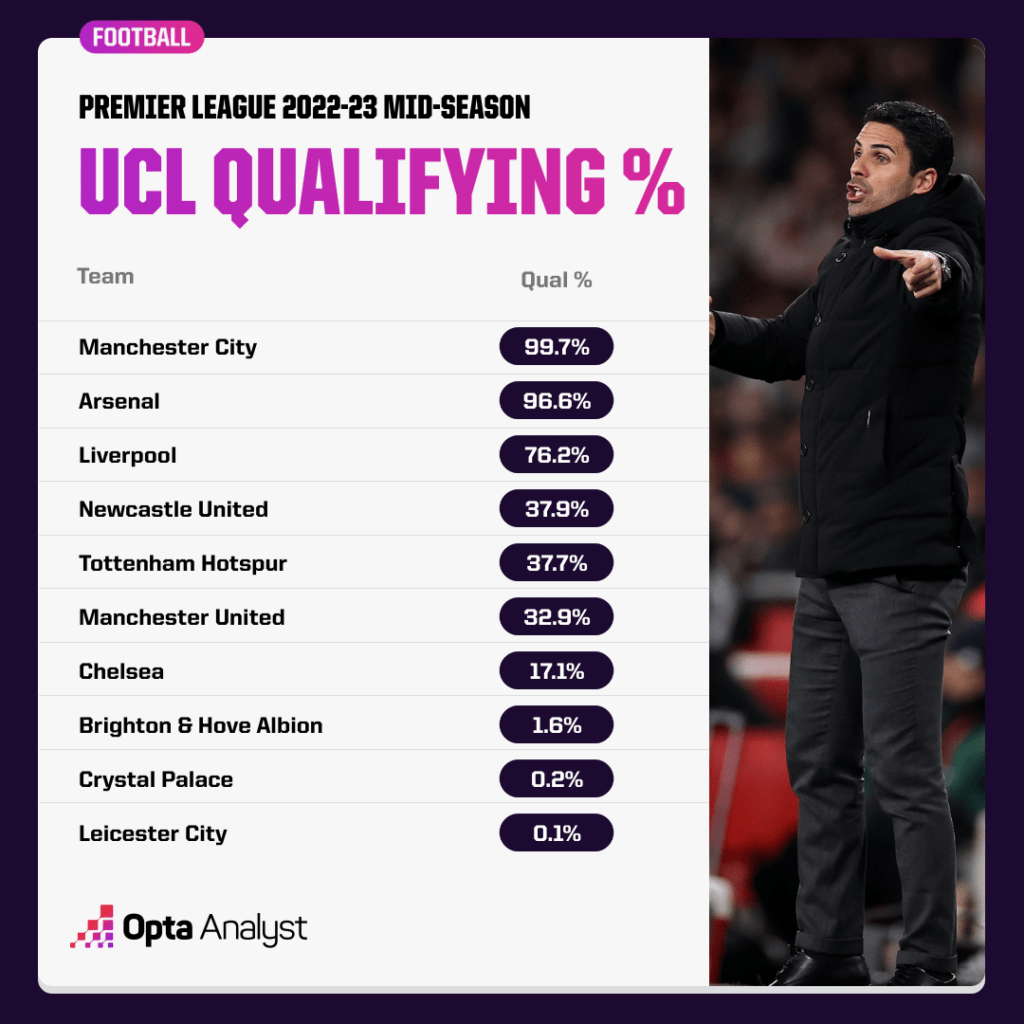 The Merseysiders have been assured that Champions League football may not even be necessary in their pursuit of Jude Bellingham in the summer (as Christian Falk told The Anfield Wrap, via Yahoo), though it can’t be denied that the availability of top European football in 2023/24 would hardly hurt matters in that regard.

The bad news is that we’re not at all in the frame for the title – being only afforded a 1.6% chance – as was to be expected in light of the 15-point gap between ourselves and league leaders Arsenal. 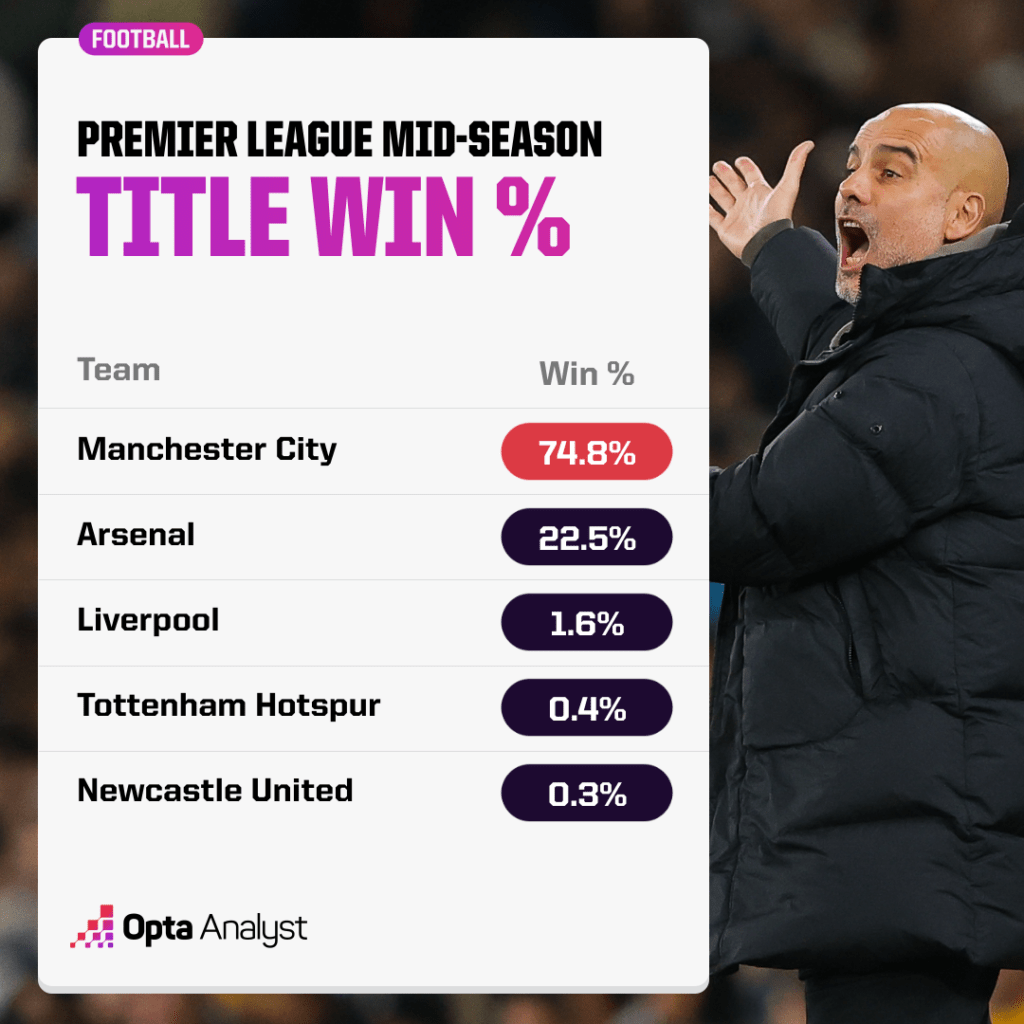 Consistency married with a strong start to the remainder of the campaign could quickly change perceptions around our hopes of securing our 20th league crown, of course, though it has to be stressed that the likes of Manchester City and the Gunners are comfortably in the lead.