Liverpool’s finances appear to be in rude health judging by the latest findings released by Deloitte in their Football Money League (2023).

Most interestingly, the Merseysiders have leapfrogged commercial giants and domestic rivals Manchester United whilst falling just short of Real Madrid (€713.8m) in second and Manchester City (€731m) topping the table.

“Liverpool were the biggest movers among the consistent clubs included in this and last year’s edition of the Money League,” as was covered in the report.

“The club rose four places (from 7th to 3rd) to achieve its highest position in Money League history, and in doing so overtook Manchester United for the first time, on the back of a run to the UEFA Champions League Final 2022.

“It was also only one of five clubs to report over €100m in matchday revenue, which was the first time the club had done so, as fans returned to football stadia in their masses.

“This is expected to increase further in coming years, with the expansion of the Anfield Road Stand due to be completed prior to the 2023/24 season.”

Questions will be asked about the legitimacy of the Sky Blues’ sudden rise up the ranks given how it was near entirely fuelled by dramatic surges in commercial revenue.

On our end, however, it’s a hugely promising sign that our matchday finances are playing a part in the formula – a factor that’s only likely to improve given the ongoing efforts to expand the Anfield Road End stand ahead of the 2023/24 campaign.

What impact that will have as far as our future transfer business and, perhaps most importantly, a potential takeover is concerned remains to be seen.

Ultimately, of course, it would be most unfortunate to see such superb progress halted by a failure to reach the top four spots this term.

Hopefully, this is all the encouragement our current ownership needs to release funds available for further minor surgery in the window, should Jurgen Klopp request it.

You can catch the full rankings below, courtesy of Deloitte: 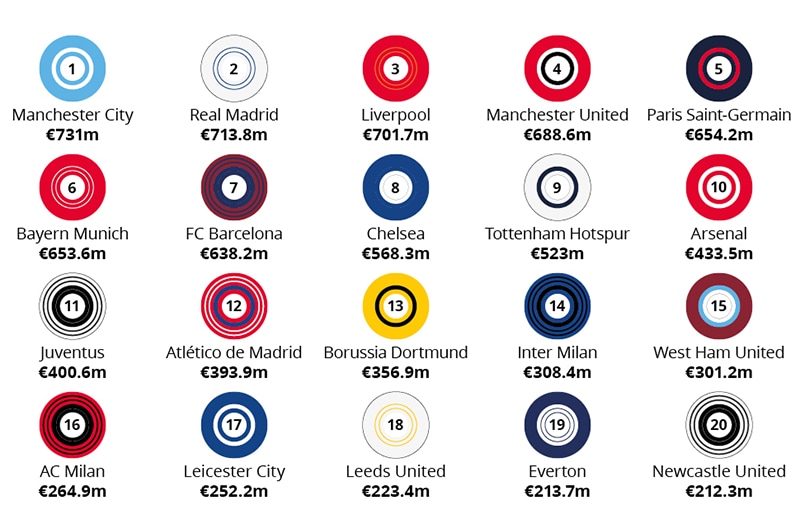 #Ep67 of The Empire of the Kop Podcast: Viaplay’s Jan Åge Fjørtoft on Jude Bellingham, the art of interviewing… and more