Swansea City striker Wilfried Bony has insisted that he was never close to joining Liverpool during the summer transfer window, despite being heavily linked with a move to Anfield.

The Ivorian striker netted 21 league goals in his debut season at the Liberty Stadium, and that led to speculation that he was in line to replace Barcelona-bound Luis Suarez – but then again, wasn’t everyone!

However, the 25-year-old recently told the Guardian that a move was never a possibility, saying: “If you score 20 to 25 goals, then people talk about that, for sure, but there was not a real proposition.”

“I one time did that when I was at Vitesse [tried to orchestrate a move away], it caused a lot of problems at the club, so I don’t think I will do it again.

“Something can happen, football is crazy. But now I just think about my team and how happy I am here at Swansea, which you can see.”

Both have struggled so far this season, with the Italian yet to find the net in the Premier League, and Lambert scoring just once. The England international has at least improved of late, as he also netted in Wednesday’s Champions League draw with Ludogorets. 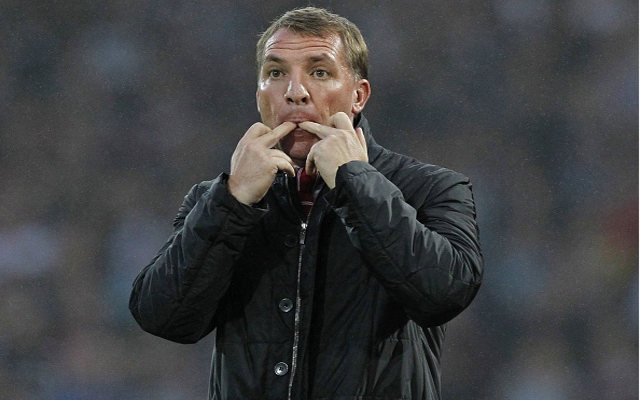 Five things that we learned from Liverpool’s win over Swansea, including Lallana and Can potential and more reasons for optimism

(Video) Goal! Jonjo Shelvey own goal makes it 4-1, could Liverpool have got more?

(Video) Goal! Adam Lallana gets his second with sublime strike, how good will he be this season?