Liverpool and Manchester United are among a growing list of European giants set to be left disappointed in their pursuit of Dutch teenager Daley Sinkgraven, who wants to stay in Holland.

Reports in the Daily Star claim that the attacking midfielder, who currently plays for Heerenveen, is also attracting interest from Ajax, PSV Eindhoven and Barcelona.

Despite the interest from abroad, the 19-year-old has suggested he wants to continue playing in the Eredivisie, stating: “I see it is a compliment that such big clubs are interested.

“I would first prefer to play at the top of the Netherlands. I think it is too soon to move to a foreign country. Ajax would be a nice step.”

Heerenveen manager Dwight Lodeweges recently pleaded with interested parties to keep their hands off Sinkgraven so he can continue to develop with the club.

Lodeweges said: “Please let him stay with us for a few years. Even if he is sold, we will demand a top price for him. Daley has incredible talent.

“He is so adapt at hiding what he wants to do with the ball until the last moment. And he is technically so good, he can afford to take his time to make the right choice at the last moment.”

Sinkgraven has played 27 league appearances for his club, and has scored twice in games this season, helping his team to seventh place in the current standings. 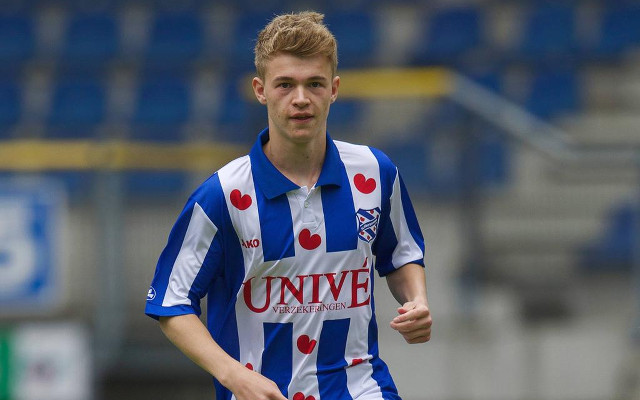