Who is the most improved player under Jurgen Klopp?

There are a lot of possible contenders, but the two leading candidates are probably Adam Lallana and Roberto Firmino.

Firmino has really shone since the German’s arrival — he has been moved into a more attacking role and has seen his number of goals and assists greatly multiply.

He is now arguably the first name on the teamsheet, we simply don’t look as dangerous going forward when he does not play.

And Klopp has now revealed why he thinks the Brazilian has been such a revelation:

I knew Roberto before I came here and he is a very good player.

“I played [against him] a number of times when he was at Hoffenheim so I knew a lot about him.

“The only thing what he shows now is this mixture of talent and attitude. He’s a really good player and he loves what he is doing.

“He is how good offensive players should be, kind of selfish, but actually it’s not too important for him if he scores or not.” (official site)

Firmino began his football education with Figueirense in Brazil. He moved to Hoffenheim in the summer of 2011 and scored 38 league goals in 140 games for the German outfit.

In 2015, Brendan Rodgers brought him to Liverpool. He has scored 13 league goals in 37 games since his arrival and clocked up many more assists.

How impressed have you been with Roberto’s development? Let us know in the comments. 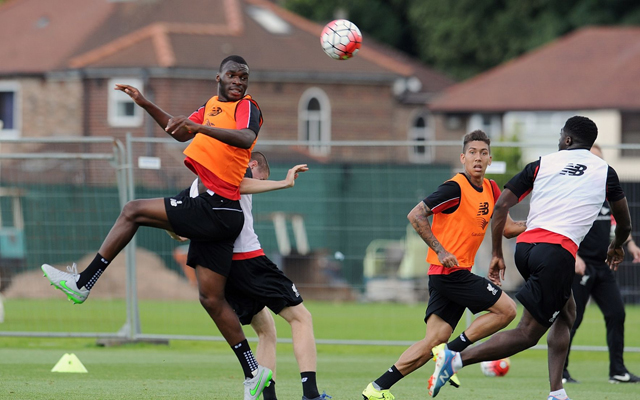 Liverpool training gallery: Benteke and Firmino star as Reds gear up for Sunday