Former Everton and Manchester United manager David Moyes may be about to lose one of his best players, after we reportedly sent an official to watch Real Sociedad’s centre-back Inigo Martinez.

The 23-year-old has been impressive this season, making 32 league appearances, with his side set for a comfortable mid-table finish in La Liga. Sociedad have conceded by far the least amount of goals of anyone in the bottom half of the table, and only 12 more than Real Madrid.

Spanish journalist Kike Marin, who writes for El Confidencial, claims we scouted him during his side’s 2-0 loss to Barcelona at the weekend.

The tweet translates as: Liverpool sent a spy to the Camp Nou to watch Real Sociedad’s Inigo Martinez, a key player of David Moyes.

Having played at various youth levels for the Spanish national team, Martinez made his full debut in 2013. However, that remains his last cap for his country.

The Liverpool Echo suggests Martinez has a €30m release clause.

If Martinez was to join, he’d provide technical ability and bite to the back-line. Yesterday’s draw with Chelsea highlighted that Dejan Lovren and Martin Skrtel are starting to develop an understanding at the heart of defence, and the Croatian is beginning to finally find some confidence. By adding the Spaniard into the equation, Brendan Rodgers can then concentrate on other areas we need to strengthen, with a fit Mamadou Sakho wanting a starting spot in 2015/16, too. 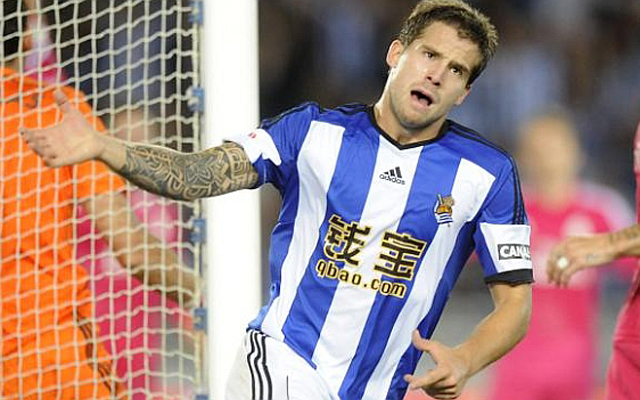 Reports suggest Liverpool have made £14.3m offer for Spanish defender