Lucas left to a standing ovation from the travelling Kop and it was deserved. If he’s sold before the end of the window then we’re doing something wrong, because he’s perfect for matches like this – coming in and shoring up the centre of the park. He deserves so much credit for the clean-sheet, and played the kind of disciplined role that Emre Can would arguably have struggled to tonight. Francis Coquelin was great for Arsenal in defensive midfield, but Lucas was better.

The young German was very close to an exceptional performance, but he misplaced too many passes. Allowed to roam though thanks to Lucas’s protection behind, Can displayed what he’ll bring to us this year when used in a freer position. He out battled Santi Cazorla and offered tireless industry and pressing. Will he keep his place when Jordan Henderson returns?

Stand in captain for the night, Milner led by example. Not only was his work-rate phenomenal, but he made key passes from the middle as well. Milner’s engine is literally unrivalled, and he was unlucky that two strikes fizzed straight at the keeper when he connected well. He’s not known for his height, but he won headers from goal-kicks as well. One of the first names on the team-sheet already. 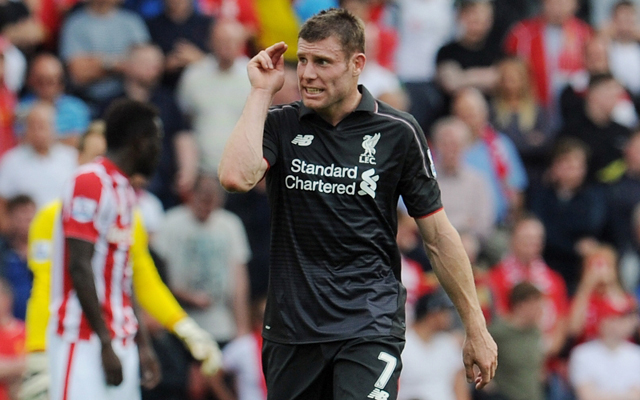