Nobody wants Liverpool to win tonight perhaps as much as Steven Gerrard, our legendary former skipper.

The midfielder left the club last summer, but has followed every result keenly since, and today, will be willing us on to glory.

Gerrard won the Europa League, or UEFA Cup, as it was known then, back in 2001, when he scored in the 5-4 final victory over Alaves.

He shared a picture of himself with the glorious trophy, along with caption: ‘Bring it home boys’.

We remember a shaven headed Gerrard dominating that final like it was yesterday, and can’t believe he’s now an elder statesmen of the game and will only return to Anfield in a coaching capacity!

What a night that was 15 years ago, and what an incomparably brilliant footballer Gerrard was. 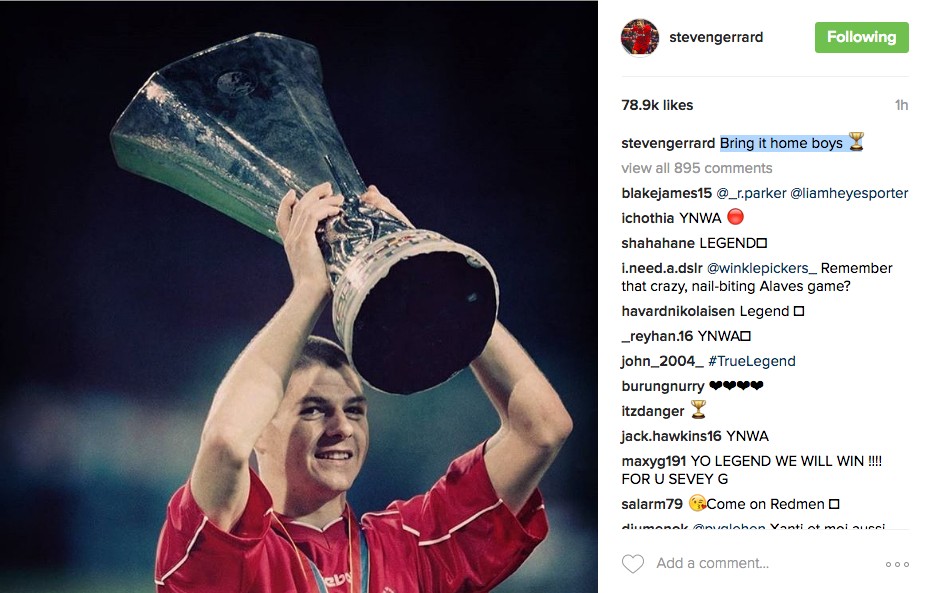