Alisson insists he won’t make the same mistake again after the error that led to Liverpool conceding their first goal of the season in Saturday’s win over Leicester.

The Brazilian was robbed of the ball by Kelechi Iheanacho after hesitating on the edge of his box, with the Nigerian’s subsequent cross leading to Rachid Ghezzal pulling a goal back for the hosts.

Though the mistake didn’t prove damaging to the end result, it marked a valuable early warning to Alisson of the limited time he will get on the ball compared to in his time with Roma.

A goalkeeper that has shown no restraint in flexing his widely-praised composure on the ball since his arrival was always due a wake up call. For it to come so early on in his Liverpool career could be a blessing in disguise.

“I am angry that I made a mistake that put the team in a difficult situation,” Alisson told ESPN Brasil.

“It was bad judgement, I made a mistake reading the play. I didn’t get a very good pass [and] we talked about that in the dressing room and I spoke to Virgil.”

“I’m not going to be stupid and make the same mistake. We have to learn from our mistakes.”

“It is part of my game [playing out from the back with his feet] but I am not going to be arrogant to stand here and say I’m going to keep doing it.”

Some added caution in Alisson’s game shouldn’t be a deterrent to the ball-playing expertise that evidently played a significant role in fuelling his once world record transfer fee.

It was a lapse in assurance and concentration that summed up Liverpool’s second half, with Jordan Henderson and Virgil van Dijk doing their goalkeeper no favours in the build up to the goal with a couple of unnecessarily risky passes whilst under pressure.

To encourage him to start aimlessly firing the ball forward on the majority of occasions would defeat the point of bringing him to the club.

The 25-year-old responded well to the incident over the remainder of the game as he continued to trust his quality with passes into midfield.

He is yet to cost Liverpool a point in the Premier League, and that’s all that matters. 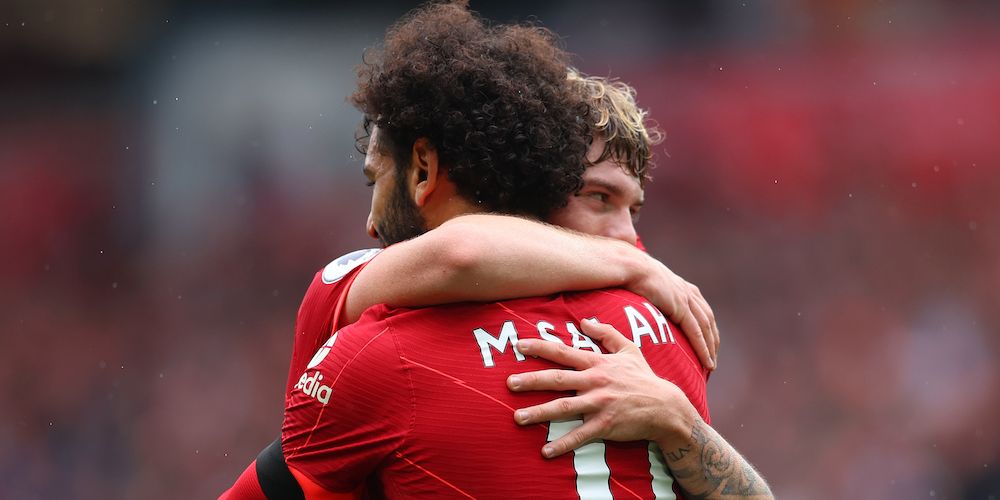