Liverpool don’t get penalties at Anfield, do we?

It rarely matters, because in the Premier League, we win anyway, but it’s really weird.

With the Reds 1-0 up against Crystal Palace tonight, Gary Cahill manhandled Virgil van Dijk in the box to such an extent it was genuinely baffling to not see it given…

Then, minutes later, he stuck his arm up to stop Roberto Firmino’s trick getting past him – leading every single Liverpool player to appeal – but nothing was given!

You can see the second incident, here, via RMC:

Below, we’ve included some of the reaction on Twitter to the incidents, too!

VAR?? Looks like Cahill was all over Van Dijk there

I mean, that is probably a foul by Cahill on Van Dijk, isn't it?

Why is VAR not looking at Cahill holding onto van Dijk?? 🤷🏻‍♂️

Cahill with a lovely 'tackle' on van Dijk there.

Carra was a fan of that one! 😂

Where are the LiVARpool claims now? Cahill abusing Van Dijk and Cahill with the most blatant handball…

I really can't understand the point of VAR. Cahill two arms around Van Dijk not even looking at the ball. 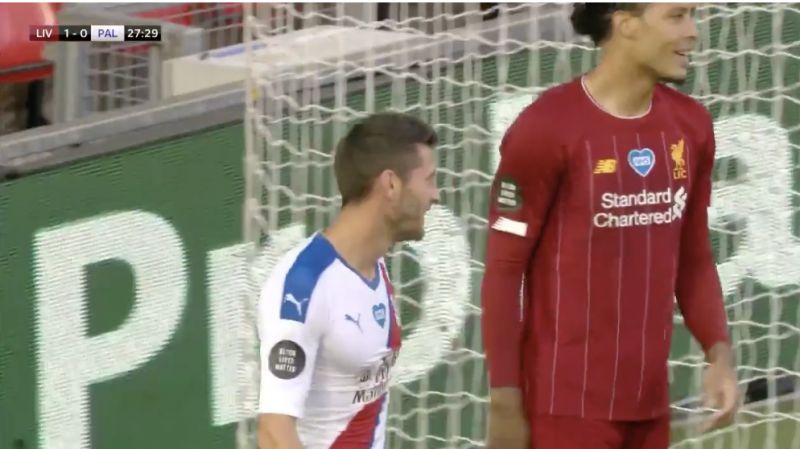 (Video) Van Dijk shared a nice moment with Palace player last night, proving that even his opponents can’t hate him

Another early exit for England – So what now?