With a week to go until Liverpool’s pre-season begins, Owen Beck has been enjoying some sun and sightseeing on his holiday.

Taking to his Instagram account, the 19-year-old uploaded a selection of images from his break in Marbella, Spain and looks to be having a great time.

The Wrexham-born left-back will be hoping to get the opportunity to play some minutes in pre-season with Jurgen Klopp’s side.

READ MORE: Andros Townsend on how Jurgen Klopp has ‘been moaning for years’ and ‘constantly banging on’ before getting his own way

You can view the images via Beck’s Instagram page: 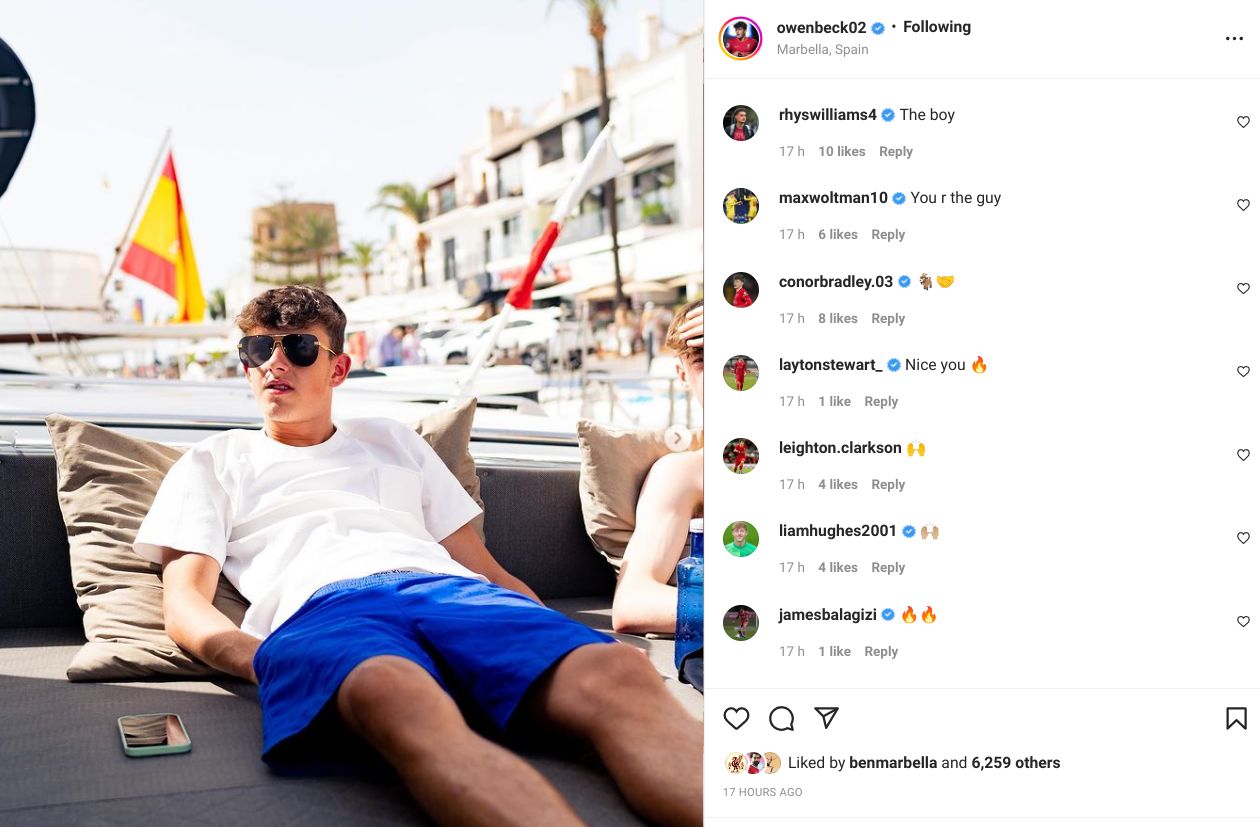